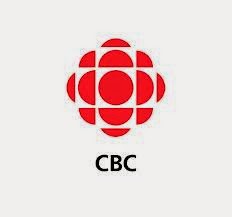 This year, as every year, CBC plays a major part in our Festival. Some of Canada's best-loved broadcasters and literary/cultural journalists come and record their shows live at the Festival. Here are some CBC events to consider adding to your list of Blue Met activities:

Paul Kennedy and Historical Montreal: this year in Montreal, three local writers have all published books set in a Montreal of the past. Mark Lavorato (Serafim & Claire), Elaine Kalman Naves (Portrait of a Scandal), and Susan Doherty (Hannaford) will be on-stage to talk to Paul Kennedy about the history of our city and what it's like to research and write a book set in the past. Lavarato's book is a novel and explores a Montreal of the 1920s through the dual lenses of class and love. Naves' book considers a shocking 19th century trial which had the city mesmerized. And Doherty's novel considers a young boy who finds refuge in his music. This event is on Saturday, May 3 at 1:00pm at Hotel 10. It will be recorded and then used as part of Kennedy's immensely popular Ideas series. $10. Get your tickets here.

Paul Kennedy is back again with one of Africa's writing stars, Ondjaki. Granta
called Ondjaki one of Africa's Top Five writers and his books have been widely translated into many languages. Ondjaki is here to promote his new novel, Granma Nineteen and the Soviet's Secret which is a comic romp set in Luanda, Angola's capital city (translated by Stephen Henighan and published by Biblioasis, one of Canada's funkiest and most innovative publishing houses). Kennedy speaks to Ondjaki at Hotel 10 on Saturday, May 3 at 8:00 pm. Get your tickets here.

Jeanette Kelly talks to three women writer who all have books that explore how women survive trauma. From Ann Charney's war refugee and migrant in Life Class to Elise Moser's young protagonist who's witnessed a horrific murder in Lily & Taylor to US writer Koethi Zan whose book, The Never List, was a publishing sensation and best-seller in Europe. Kelly talks to the three writers in an event called Women Writing Trauma, Writing Survival at Hotel 10 on Saturday, May 3 at 5:00 pm. Tickets are here.


Of course, our two big CBC events at the Grande Bibliotheque continue to sell very well: Eleanor Wachtel and Luis Alberto Urrea (winner of the 2014 Metropolis Azul prize) on Saturday, May 3 at 6pm. Tickets here. And Michael Enright at the Grand Bibliotheque with 2014 Literary Prize winner Richard Ford (4pm). Tickets available here.
Posted by Gregory McCormick at 4/14/2014 08:46:00 AM