So every year our Grand Prize announcement is one of our biggest "ooh and aaah" moments. I remember clearly the murmur that went through the packed room last year at our Press Conference when we announced Joyce Carol Oates as our 2012 winner. And what a winner she was: her event at the Grande Bibliotheque was amazing (and sold out!). 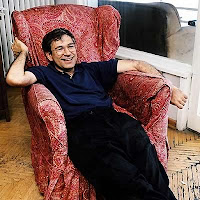 In anticipation of our announcement next week, we release our short-list. It wasn't easy but this year our jury came back with three short-listed winners (we had a longer list that the short list was pulled from). They are:

Orhan Pamuk: Nobel Prize-winner (the first time we've short-listed a former Nobel Prize-winner though we have awarded the prize to someone who later won the Nobel Prize!), author of The Black Book, Snow and many other works, Pamuk, who hails from Turkey but lives in Istanbul and New York, is one of the best-known writers working today. 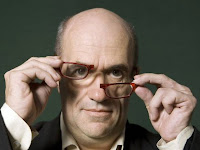 Colm Tóibín: Irish writer whose best-known works include The Master, Brooklyn and The Testament of Mary, his books are moving, haunting and full of a fierce intelligence and understanding of human nature. Personally he's been one of my favorite writers my entire adult life.

Rohinton Mistry: one of Canada's best-loved sons, Mistry has been nominated and/or won just about every major prize there is. His works shine with his finely crafted prose that he seems to work so diligently at since he doesn't publish every year like many writers do. The publication of a new Mistry work is celebrated and anticipated throughout the world. A Fine Balance is one of those works I can return to every few years and revel again in the world he creates.