Odds and Ends as we gear up to release our 2013 schedule!

Our official press conference is on March 26 at 10am at Espace Lafontaine in Park Lafontaine. We will release our entire 2013 line up and tickets go on sale. Buy early this year because last year most of our key events sold out before the Festival began!

My reading habits change at this time of year: I now stop reading for the upcoming Festival and start focusing on the next year! Already I have a big stack of books to get through as we do pre-planning for 2014, particularly since we want to have at least six big name authors confirmed before the beginning of May. 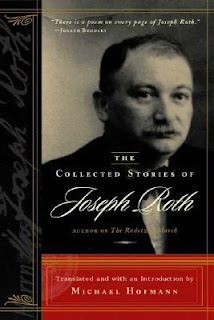 Been slowing making my way through Joseph Roth's Collected Stories which I am loving. The more I read Roth, the more I develop an appreciation for what a poet he was, what a master of language. I can't recommend his books enough. He has such a sensitivity to the lives of the downtrodden, the underdogs, the voiceless. He's just as concerned with the lives of the poor as he is the lives of the rich and powerful but in a way that brings their experiences to life. He's not a social reformer like Dickens (or Hugo, see below) but shows a real interest in these experiences and the individuals who live them.

I found the story "The Blind Mirror" absolutely captivating. In the story, Roth shows us the life of a young woman as she tries to make her way in the world. Here Roth reflects on the night:

Night is full of feeling and surprise: out of the blue, longings come to us, when the distant whistle of a locomotive catches in the window, when a cat slinks along the pavement opposite hungry for love, and disappears into a basement window where the tom waits. There is a big starry sky above us, too remote to be kind, too beautiful not to harbor a God. There are the little things close at hand and there is a remote eternity, and some relation between them that escapes our understanding. Maybe we would understand it, if love were to visit us; love relates the stars and the slinking cat, the lonesome whistle and the vastness of the heavens.

The lyrical qualities mixed with the emotional resonance (captured by Roth's main translator, Michael Hoffman) really strike me as both straddling the 19th and the 20th centuries.  Anyway, Joseph Roth A++

Also in my stack of potential 2014 authors are books by Guy Deslisle and Jimmy Beaulieau, and Edmund White novel, a couple of books of poetry and Victor Hugo. 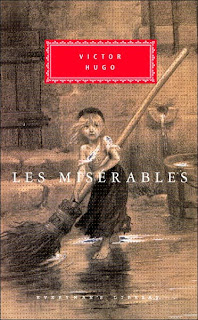 Speaking of which, I finally got around to seeing Les Miserables on screen. Meh. I enjoyed it but mainly because of the novelty of the actors singing during the shoot and not having it be dubbed to death. The issue I have with the play (and, hence, the movie) is the fact that so much of Hugo's ideas are completely stepped over: I guess because it's a musical and there is a highly emotional (and visual) component to it, the focus is placed on the love story and the love between characters generally whereas in the book that's really just one small part of the story. There's also the aftermath of the French Revolution, social disorder, law and justice, what it means to forget your past but yet be tied to it. The movie and musical give us a sense of some of these issues but Hugo was a thinker and revolutionary, not something that is easily translated into musical numbers and dancing.

But it did make me feel that I should read the book again since it has been many years since I read it last. As spring springs, I look forward to hours on my sofa reading Victor Hugo and waiting for summer...