We have started our holiday break and our offices are closed until January 3. I'll be working during the break, far too much to do in the next few months to take much time off but it's not bad work in the end so I'm not complaining. Plus something about working on the floor  of the living room in between bouts of wrapping Christmas gifts and drinking eggnog makes it feel less like work...

I have several books to read for work but this week even have a few non-work books on my list including novel translated from Japanese, a murder mystery set in early 20th century Beijing, and a contemporary German novel.

Though none of these are really Christmas-y, every year we watch the following movies during the holidays:

The Princess Bride, When Harry Met Sally, Alice, The Double Life of Veronique and this amazing old Chinese animated feature called Princess Iron Fan. It's got the most unique and memorable animation (done in the early 1940s and one of China's first animated features ever made). Not sure how this list of non-Christmas Christmas movies developed but it's become a tradition around our house to break out the Christmas films and have them playing all week.

Best wishes, happy holidays and all the best for 2013! 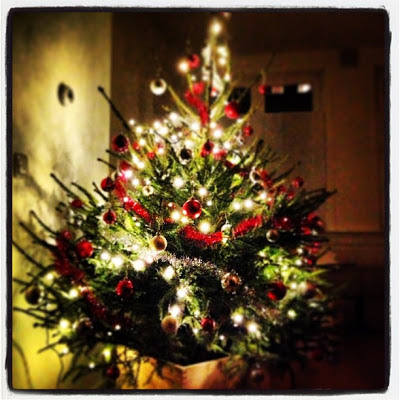