The Gate by Natsume Soseki

This book has been one of the highlights of this holiday break. There is so much in it to talk about that I want to write a 4000 word post on it. Fortunately for my readers, I won't. 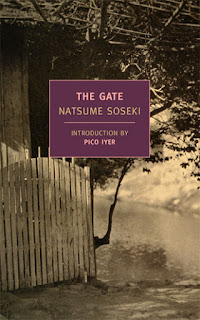 Suffice it to say that from Pico Iyer's introduction which praises Soseki's sparing use of plot points but ample use of details of early Meiji life in early 20th century Japan, I was off, revelling in the story and thrilled about reading the novel.

As Iyer suggests, not much happens that can be considered engaging: a man grown old before his time reflects back on his early life, his marriage and love for his wife, and is able to avoid conflict for much of his time on Earth, finally escaping into a Buddhist temple to try and find meaning and peace for his uneventful yet highly problematic life.

The book contains some of the most fascinating passages on meditation I've ever read, as well as a sweet love story that if not passionate in its waning years is the kind of love story that most people yearn for. But there are also lovely passages about Tokyo ("he walked on, puffing out cigarette smoke the autumn sunlight, the urge in him to wander afar, to someplace where he could etch vividly on his mind the sensation that the very essence of Tokyo was to be found here in this spot, then take it home as a souvenir of this day, his Sunday, before he lay down to sleep."), about Kyoto, about nature, about Oyone, his wife, and, of course, about his burgeoning interest in Zen Buddhism as the novel ends. 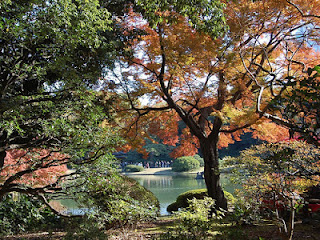 The bits about Tokyo made me miss that city. Though the book was written in the very early years of the 1900s, long before Tokyo was firebombed and largely destroyed by the Americans in WWII, there is something of the beauty and spirit of Tokyo still there today, 100 years later. Though I didn't live there long, I find Tokyo to be one of the most fascinating cities in the world: densely crowded but surprisingly quiet and bucolic, incredibly wealthy but terribly middle class, groomed, trimmed and controlling of nature within an inch of its life but surprisingly green with abundant trees, flowers, and green spaces.

And this book has whetted my appetite for more Soseki, an author who has influenced several generations of Japanese writers and continues to loom large on the Japanese psyche. Imagine a Canadian writer on our money (Margaret Atwood on the $20 bill? Hugh MacLennan on the $10?)...