Neil Gaiman: The Ocean at the End of the Lane

Trying to finalize the 2016 program in Colombia, catching some literary events on the side at Hay Festival - Cartagena, and I managed to read all my books brought along and so headed out yesterday to try and find something (anything) in English to read.

I was surprised at the terrible selection of English books. Nothing local (why not stock translations of Colombian writers somewhere in a big Colombian bookstore in a town full of tourists?!) and mainly just crap. Twilight, romance, bad crime fiction. But among the crap, I spied something of interest: Neil Gaiman's book The Ocean at the End of the Lane. 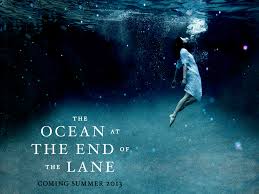 A good little read, something that I did today in between bouts of emailing, writing event descriptions and scheduling events. The novel is structured as a flashback, a middle-aged man returning home for a funeral and being suddenly struck by a childhood friend and experience that he'd almost wiped from his memory.

The book is magical: scary, mysterious, exciting, adventurous, involving a magical trio of women (grandmother, mother, daughter) with special powers and insights into the invisible worlds all around us.

Typical YA story of a child triumphing over evil and learning about the true secret nature of the world but told in a captivating and engaging way.

I'm a big fan of Gaiman's work - this isn't one of his strongest but it felt like he was in it, much more so than his other works. It felt personal.