I'm going a bit overboard with all the books I am reading lately. It's only normal, I guess. From January until the Festival, I just can't read for fun any more and because it's so quiet after the Festival and all summer, I want to cram as much reading in as I can so it gets a bit much. Since the Festival ended, I've been reading:

The Makioka Sisters by Junichiro Tanizaki:    Almost done with this one and it's been a pleasant read. I don't know why but for reading that has nothing to do with work, I usually turn to historical Japanese fiction. It feels far away and exotic and allows me to reflect on it with absolutely no Festival angle to it... 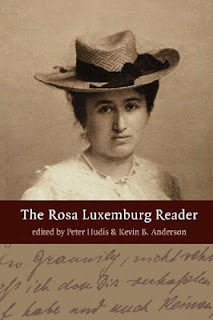 The Rosa Luxemburg Reader:   Last fall I became very interested in Rosa Luxemburg, both in terms of her political writings but also her role in 20th century history. Käthe Kollwitz, though she doesn't mention Luxemburg directly, was very interested in the career of Luxemburg and in her assassination (though most of her images of it relate to Luxemburg's murdered associate, Karl Liebnecht). My entire adult life I have been interested in the historical role that early Communism played in forcing capitalism to change. And Luxemburg's ideas about Communism have been distorted and disrupted by just about all sides (by Lenin, Trotsky, Stalin, by the Vietnamese, by the Americans, the Germans, the British) without much attention paid to her actual writings. She was very much a champion of democracy and her feelings about Communism were free of all the historical baggage we now associate with the term. It's not a page-turner, but the book has been a great escape and enlightening.

Portrait of the Addict as a Young Man by Bill Clegg  I stumbled across this book in a very diffuse and chaotic way: I was watching the film Flame and Citron about the Danish Resistance during WWII and reading about one of its stars, the Danish actor Thure Lindhart who also starred in Keep the Lights On, written by Ira Sachs and based on his relationship with Bill Clegg. I usually hate these kind of confessional memoirs and the book will likely be forgotten once I put it down but it's entertaining and gives insight into a point of view I know little about (that of an addict). Sure makes my life seem dull, that's for sure...and it's very well-written.

The House of Paper by Carlos Maria Dominguez: This is one of the more obscure books on my latest list
but it's been very interesting. All about how literature has the power to influence, lift us up, or even kill us. Set in London, Argentina and Uruguay, this is my Saturday afternoon reading in the park book.

The Sound of the Mountain by Yasunari Kawabata: I've just started into this one though I am big fan of Kawabata and his writings always entertain me. There is a minimalist quality to his writing, a simplicity that is engaging and lovely and his works stay with me for weeks after I finish them: Snow Country, The Master of Go, A Thousand Cranes, all works that I have read at some point and that I still remember happily where I was when I read them.

Once I get through this batch, I refuse to read so many books at the same time again. But let me tell you, it's so nice to just read for fun again! 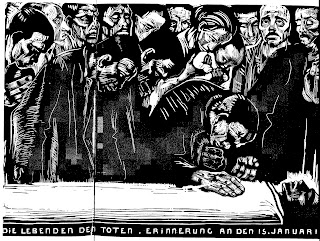