Back in the fall, I joined Audible.com after being bombarded with advertisements from various podcasts and online. It was a good deal. I took advantage of their one book per month deal and listened to a few books. I managed to get through a few without any having made much of a major impression on me.

But then I listened to Haruki Murakami's book The Wind-up Bird Chronicle. What an odd book. But I found it very entertaining, followed by very irritating, and the book ended with me almost equally loving it and hating it. I have to say, one of the odd things is when male performers read female dialogue. This particular performance reminded me of The Kids in the Hall: you know when they are in drag and speaking as women, that high unnatural voice they affect? You get used to it, though. 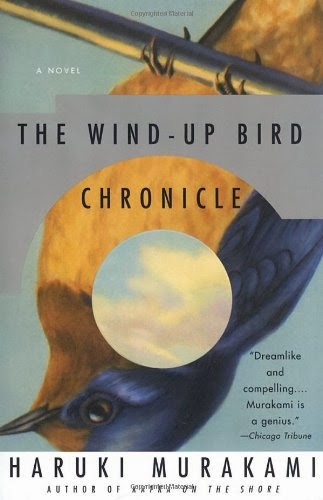 I've never been a huge fan of Murakami to be honest. I find his universes too staged and it's like he's trying too hard to be metaphysical. But the threads don't always seem to fit together. His characters are all rather flat.

I liked IQ84 better than some of his earlier works. The Wind-up Bird Chronicle started out well: it tells the story of a missing cat, a runaway wife and a universe that opens up at the bottom of a dry well. Meh, even thinking back about it, I just feel perplexed about the journey I took with him (the book is like 20 hours long). It was worth the read but no one meets that many odd, strange or kooky people in their life (the main protagonist, a regular sort of guy, meets the strangest women. No one is ever normal in a Murakami book).

I like the experience of listening to a book, though. It doesn't replace sitting quietly in a room with a book in-hand, but it's nice to be able to listen on the metro, in taxis, while walking to my office. It would be hard to do more than one or two books a month maximum but it's definitely a good way to squeeze in another book each month.

They don't have a massive selection but there are quite a number of titles of popular books or writers in the buzz. They have a lot of shitty books, that's for sure! If the NYT best-seller is your cup of tea, you'll be in heaven. A severe lack of translated works which kind of sucks but they have the obvious suspects: Murakami, Pamuk, Marquez (some, at least). 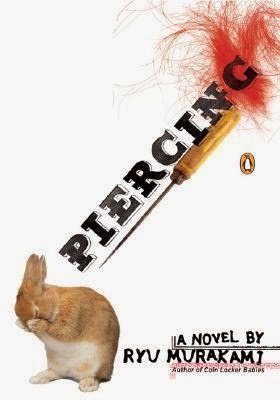 I have to say one thing: the other Murakami is definitely a writer whose work is more appealing: Ryu Murakami writes all kinds of stuff. His books are shorter and deal with macabre subjects often (murder, prostitution, etc.) but he has such a sense of human nature and he does tricky things as a narrator. He lulls you into a false sense of security and has this way of pulling the rug out from under you as you read along. His book Piercing is a great example. It's not a masterpiece but it's a great read: mysterious, spooky, creepy and also a lot going on in terms of power and destruction.

I've been reading another VERY interesting work: Minae Mizumura's A True Novel which I am really finding fascinating. I will write about it later, though. Just to say: this book is what all books aspire to: complex, entertaining, funny, moving and thoughtful.