We've officially launched Blue Met 2015 and we couldn't be happier.

The big news is that our Grand Literary Prize winner for this year is Canadian/French writer, Nancy Huston. Huston has had one of the most unique careers in contemporary literature: from her beginnings on the prairies of Alberta, she has come to be regarded as one contemporary France's most prolific and respected writers. 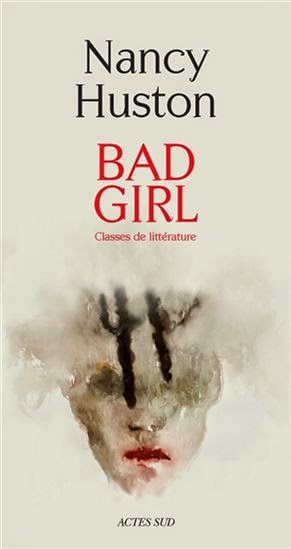 Her most recent work, Bad Girl, is highly biographical (actually, it straddles some intersection between autobiography, biography and fiction) and a fascinating read. Her novel, Black Dance, is a novel that explores a life's work as the man in question lays dying in a hospital room. Written like a screenplay, the novel's full of voices from Milo's past as he considers what his life's work has meant.

I'm also a huge fan of Huston's The Goldberg Variations. Huston, an accomplished musician as well, is interested in riffing off the various iterations of these famous pieces. It's a really innovative and challenging work that I've read and re-read. Huston will be doing several events as part of the 2015 Blue Met Literary Festival:

Ultraviolet is a musical performance that Huston does with famed French guitarist, Claude Berthélémy. The musical tale is based on her short story of an Alberta family during the depression. She performs this piece on Thursday, April 23 at 5:30 pm at Hotel 10. The performance will be in French. Tickets are $10 and available here.

Also in French, Huston will be interviewed by Radio-Canada's Marie-Louise Arsenault on Friday, April 24 in the evening. This will be at Hotel 10. Tickets are $10 and available here. (Reminder: a 15% discount is offered if you buy before April 8).

Mainly in English, Huston will be awarded the 2015 Blue Metropolis Grand Literary Prize at the Grande Bibliothèque (475 Boul de Maisonneuve E ) with CBC's Paul Kennedy on Saturday, April 25 at 4:00 pm. Tickets are $15 and available here. This event, an annual tradition at the Grande Bibliothèque , sells out each year so get your tickets for this one soon. (Reminder: a 15% discount is offered if you buy before April 8).