I find that certain writers are often on many individuals' lips and because I am often talking about books for work and with friends, I hear about certain pieces or books or writers frequently. Elena Ferrante is one (more about her another day of which I have much to say). Andre Aciman's piece in the New Yorker from the spring was another: at least 10 people have mentioned this piece to me, even months later, even people who don't typically read the New Yorker.

At a summer deck party the other day someone went on about an "amazing piece" he had read a couple of years back about a man whose wife had died suddenly. He thought the man was Puerto Rican but I knew instantly he was talking about Francisco Goldman. His novel Say Her Name was one of the most moving and haunting books I read the year it came out (2011). 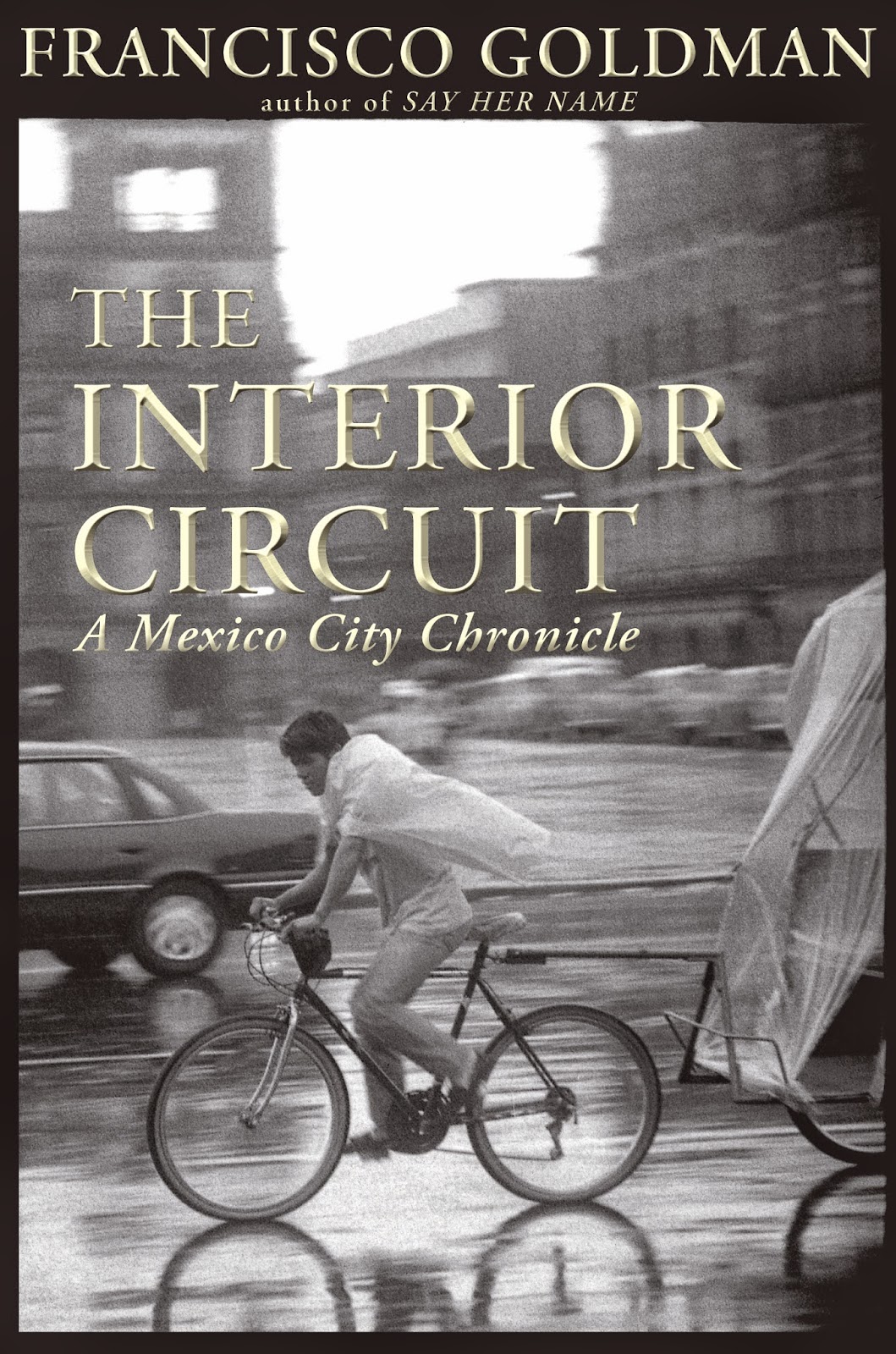 Goldman's latest book, The Interior Circuit, references his 2011 novel frequently (not the novel itself but the experience leading up to and immediately after the action of it) but it's a very different work. I can imagine how the conversation between editor and writer must have gone as Goldman pitched the idea behind The Interior Circuit: it'll be about me and my struggle to overcome my wife's death but this time with more about the politics and crime of Mexico City (his wife was killed on the coast in an accident, not by anything criminal), lots about drinking, oh and I will learn to drive by taking a course!

I can't imagine it was an easy sell and it is an odd book. I read it quickly: the opening chapters are quite compelling. But he meanders and not all the meanderings are productive or that interesting. I felt like I did learn a lot about recent Mexico City politics (and Mexico City is a city which has long fascinated me since it is a city much beloved by writers, artists and friends that I very much respect). But the whole driving metaphor seemed a bit forced and some of the political information was a bit of overkill. The question that kept occurring to me was: who is the audience for this?

Goldman is, of course, a very talented and moving writer and this is the first time I've skipped paragraphs 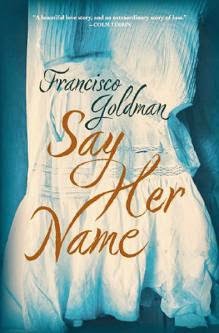 and skimmed pages to get to the good stuff. He shines when he writes about his personal experience, his grief, his pain, his attempts at moving on. He continues to write beautifully about his deceased wife in a way that's surprising given how much he devoted to this subject in his past book. But she's still there on the margins. I also found fascinating his analysis of how his friends dealt with his grieving process: the odd things they said, the awkwardness. And I very much appreciate his attempts to not make this "all about him," though essentially it is.

Tomorrow I am off to Edinburgh so stay tuned for a few updates about the happenings there. I have a very busy schedule and there are so many events and writers confirmed my head hurts just looking at the schedule (there are, in fact, four Festivals all going on at the same time). It's my first time at the festival, one of the world's biggest if not the biggest, so I very much look forward to seeing what it's all about and meeting writers, other festival directors and cultural organizers from around the world.
Posted by Gregory McCormick at 8/11/2014 11:55:00 AM