Summer comes to an end and Valeria Luiselli

For us, at any rate. Yes, there is another month of summer left, but we are back in the office today after having most of July off. Time to get started on our 2015 Festival and it's going to be a great one! 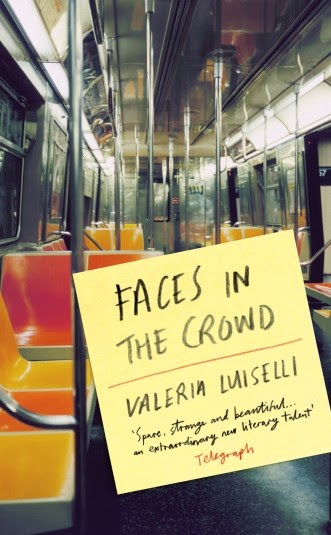 Over the past few weeks I've been reading a lot but one of the works which really stands out is Valeria Luiselli's Faces in the Crowd. Luiselli is one of Mexico's new generation of writers and her work is fascinating formally. The book tells the story of a young mother in Mexico City as she reflects back on her college years in New York City and Philadelphia, while at the same time, telling the story of a Mexican poet living in New York in the 1920s. The voices are both compelling and engaging but it's what happens as the novel moves along that threw me for a loop. I won't say more because it'll spoil the book for anyone who wants to read it but I'll leave it with the comment that this novel is one of the most innovative things I've read in a long long time.

If I didn't have such a long list of books on my list, I would have turned it over and re-read it immediately. I probably will re-read it later this fall. Luiselli's other novel, Sidewalks, is now at the top of my list of books I need to buy.

I love the little asides in Luiselli's book like this one:

Leave a life. Blow everything up. No, not everything: blow up the square meter you occupy among people. Or better still: leave empty chairs at the tables you once shared with friends, not metaphorically, but really, leave a chair, become a gap for your friends, allow the circle of silence around you to swell and fill with speculation. What few people understand is that you leave one life to start another.