I can't remember how, but I came across this YouTube video a few weeks ago for a new web series called YidLife Crisis. It was in my bookmarks for weeks but when I finally got around to watching it, I was really surprised and entertained.

The episodes are short, around five minutes each, and they are very simply an interaction between two men. Around food: poutine, smoked meat sandwiches, bagels. In Yiddish. Yes, in Yiddish. With English subtitles. Starring Jamie Elman and Eli Batalion, the show is a rare convergence of all kinds of talent. 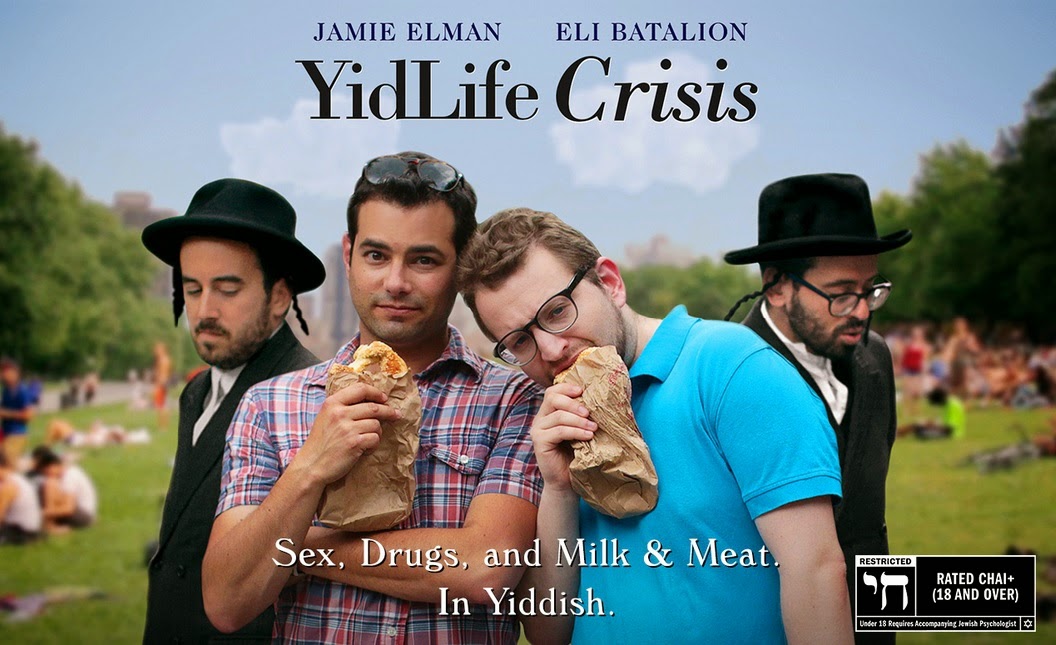 What I found interesting is that when I watched the first episode of YidLife Crisis, I assumed it was set in New York and done by New Yorkers and I had the thought: Damn, everything is in New York. For a moment I reacted to it in a very specific way (I was ready to simply move on after watching the first episode). Then the waitress walks by and starts speaking French and I realized: oh, this is Montreal. This a Montreal show! And my entire relationship with it changed.

The third episode is really these guys getting into their stride: all about Montreal (via the famous Montreal bagel), our diversity, our neighborhoods, and it has some lovely summer shots as they walk around in Mile End discussing the ever-present argument about which bagels are better: Fairmount or St-Viateur. By the fourth, they are on a roll.

What I love about our city is, naturally, the amazing diversity of cultures and languages here. We have one of the only remaining Yiddish theatre companies in the world, and artists from here (as well as artists who come here) do innovative and interesting kinds of work: from circus performers to writers to singers to producers. But this is the first time I've seen a good web series set in Montreal.

So far only four episodes are posted but I hope more are in the works.