As part of Image+Nation, I saw Lilting last night, an excellent little movie starring Ben Whishaw. I can't remember how, but I saw a trailer of this film a while back and had my eyes out, waiting for the chance to see it in Montreal and I was really happy when I saw it on Image+Nation's lineup for this year.

I used to go to Image+Nation frequently and see many films but it's been a while because November and December are loaded with busy days and events several nights a week. But since the film was only playing once, I blocked off the entire evening, had dinner with a good friend (even so, I escaped from our offices in a cloud of chaos and unfinished work). It's probably been three years since I saw anything at the Imperial, that lovely old theatre downtown, and the evening didn't disappoint.

"Lilting," directed by British director Hong Khaou, is set in contemporary London and tells the story of an unlikely bond between a Chinese woman in her 60s and her son's boyfriend. Her son, Kai, has died, though we don't find out until almost the film ends how he died, and there was so much opportunity for schlock or melodrama, but Khaou keeps the emotion very tightly wound throughout much of the film. We laugh, we feel irritation, we feel nervous, but we don't yet feel loss or the pain that the characters are experiencing until the end of the movie when it comes at us all at once in the final denouement. 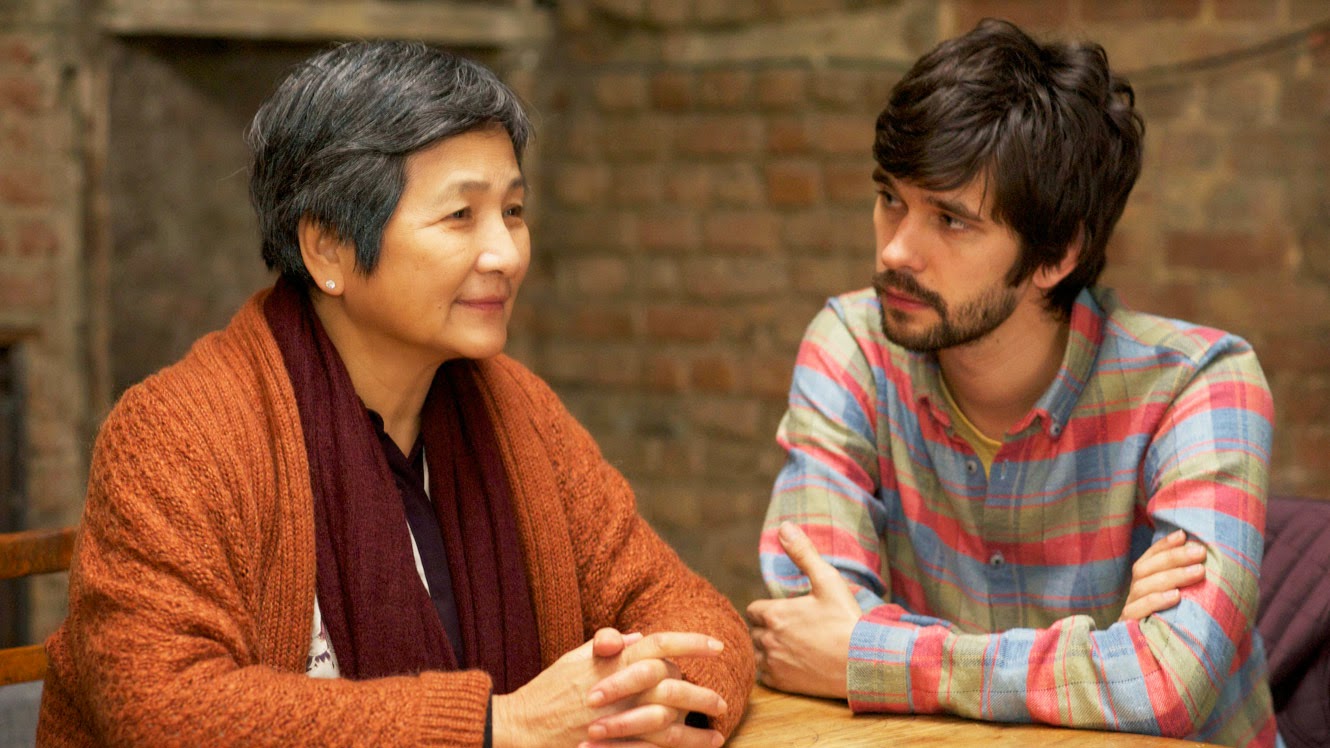 The film starts with Richard, Kai's boyfriend, hiring a young translator to serve a "go between" for Kai's mother (who doesn't speak English) and a British man she has been seeing, Alan. They both live in an old folks' home and it is here and in these scenes that the film gets its humour: there are such huge culture clashes between the elderly English man and the older Chinese woman, everything filtered through the young Chinese translator. Richard lurks there in these scenes, both trying to be inconspicuous but also trying to get information, to connect to Kai's mother, ostensibly so that he can help her (which is probably partly true) but also so that he can simply connect to this last remaining individual from his lost Kai's life. He wants to experience the loss together in an odd way and this human need, to share loss, is where the film's humanity becomes so vital.

The scenes with Kai are all flashbacks and the dialogue between them is limited, we get very little sense of Kai, actually, and the film is really about this clash of cultures, of generations, and of two people dealing with their loss in very different ways.

It's a really lovely movie. There are a few long (for a movie) soliloquoys by the characters that are complex and beautiful. Like this one, said by Kai's mother at the end of the movie, speaking about her loss:

Through plenty of crying, I've learnt to be content that I won't always be happy, secure in my loneliness, hopeful that I will be able to cope. Every year on Christmas Day I get very lonely. An incredible feeling of solitude. On this day, everything has stood still, even the trees have stopped rustling, but I'm still moving, I want to move, but I have nothing to move it, and nowhere to go. The
scars beneath my skin suddenly surface and I get scared. Scared of being alone.

This poetic moment is filmed so beautifully and what I appreciate about this kind of approach is that the writer/director uses language in such a real way: it's not beauty just for the sake of beauty. We learn about this character, about her hidden passions and all the things we don't have access to because she is different or because she can't speak English.

I found this film to be incredibly moving and complex, meditative in language and image.

There is a lot to see at Image+Nation and I especially love their Latin American focus this year.