Eileen Chang: Half a Lifelong Romance

For some reason, this edition of Eileen Chang's Half a Lifelong Romance isn't available in North America though it should be. 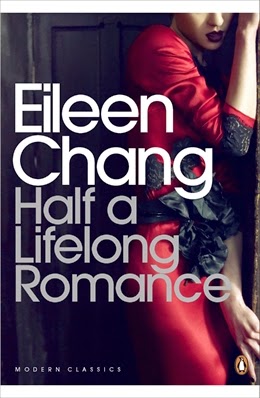 I'm a huge fan of Chinese writer, Eileen Chang, who was at her writing peak in the early 1940s in occupied Shanghai. I've read just about all of her fiction and non-fiction and when she has a new piece translated or re-issued, I am compelled to read it.

So I ordered this UK edition of this novel. It's really wonderful. Though Chang wrote in both Chinese and English, I prefer her work in English translated by a native English speaker (this book translated by Karen Kingsbury) where the language is more fluid and natural.

Plus, as was the custom of the day, Chang herself chose English-equivalent names for her Chinese characters and it's very difficult to read a novel with characters named "Good luck," "Gold Root," "Gold Flower," etc. Most contemporary translators just use the Chinese equivalent (which if one isn't familiar with Chinese can be a bit daunting at first but one gets acclimated to it quickly enough). 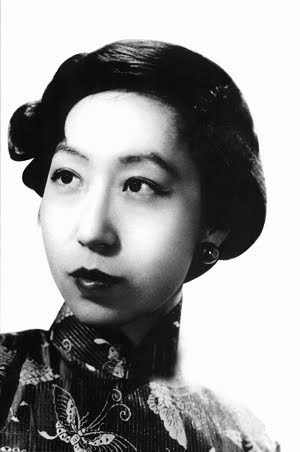 Half a Lifelong Romance is classic Eileen Chang: embedded in the deep emotion, pain and psychology of her characters, China and all its political upheavals linger in the background, never making up more than hints or flavours in the story. It's all about human affairs: love, duty, commitment, betrayal. I've written before about the fact that during her lifetime in China, Chang was severely criticized for writing non-politically (when being non-political itself was a terribly politically charged stance), and this novel, too, shows us Chang's deep interest in love and families.

Though it has to be ordered from Amazon.co.uk (possibly some aggregator site can find second-hand copies of it somewhere closer), it's well worth it. It's a really fascinating novel and I've enjoyed it immensely.

It tells the story of a doomed romance and all the complexities of early 20th century Chinese families, the pressures that class and morality forced upon smart hard-working women.

Eileen Chang is a very interesting figure. One of the most popular contemporary writers in 1940s
Shanghai, she was forced to leave her beloved city in the early 1950s (the Communists disliked her for a whole host of reasons) where she moved to Hong Kong and then the US, never to return to her homeland. Yet for the rest of her life (she died in 1995), she set all her books there, longing, perhaps, for those streets and familiar smells that were lost to her forever. Towards the end of her life, she was revered, particularly in Taiwan and Hong Kong, and her career got back on track soon after her death. She continues to be one of the most famous writers in the Chinese-speaking world to this day.
Posted by Gregory McCormick at 11/07/2014 05:12:00 PM