On the Death of Eduardo Galeano

In the midst of Festival hullabulloo, I had no time to write about the death of Eduardo Galeano. 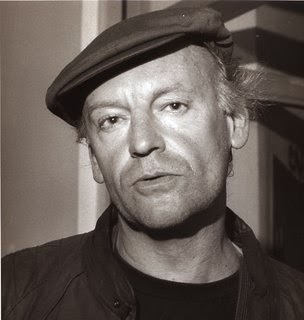 He truly was one of the writers who has had the most impact on me in my life: in the way I view injustice. In my relationship with Latin America and the developing world in general. We invited him for a number of years to the Festival, but since he was getting up there and not well, he was reluctant to travel this far (from Montevideo it's at least a 16 hour trip minimum, usually much longer).

That said, we had a couple of very nice email exchanges and I was sincerely hoping that we could have him at an upcoming Festival.

Alas, that wasn't meant to be.

Though the death of Günter Grass just a day or so before saw much more attention, Galeano to me was a stronger writer and a more inspiring political activist. He's best known for his work The Open Veins of Latin America which, though containing certain aspects that seem dated now, is still inspiring and fascinating. Because of his idiosyncratic writing style (small one page ditties), he is the perfect kind of writer to read on the go: you can sit and read 40 of these ditties in one sitting or read one here and there when you can squeeze it in.

The book was controversial though it also represented an ideological manifesto, or at least that's how it was perceived to be at the time. Now this work seems less about ideology and more about the constant and ever-bitter struggle of the rich oppressing the poor and the various ways that the poor stand up. Very du jour. It's easy to dismiss this work as one which somehow "tows the party line" (as Mario Vargas Llosa implied) though Galeano was a much more complex figure than that. Even he, later in his life, disavowed certain aspects of the work, which to me showed his ability to adapt to the times and changing political landscapes, learning new vocabulary to talk about oppression.

But his writing continued to challenge and shine a light on the lives that readers rarely hear: of the peasant women in Latin America with 12 children, of the working man, of the oppressed, those voices often lost to history.

Just one more shout-out: I'm almost sure it's out of print in English, but his book Days and Nights of Love and War is one of the best-written and most personal chronicles of life under the junta in 1970s Uruguay and Argentina. It captures the fear and terror, while mixing the inanities of daily life which continued nevertheless. Much less esoterically intellectual than Milosz's The Captive Mind (also a great work, by the way), Galeano's work captures what it's like for a writer or artist to live in fear in the most pragmatic and realistic way.

The world is a much less rich place without Galeano in it.