In the most recent Woody Allen film, Midnight in Paris, the story's pat and rather cliché  moral is that it's easy to romanticize time and place - that the distance we experience between our world in the 21st century and, say, Paris of the 1920s contributes to an artificial view of that time and place. We romanticize something, in other words, that we don't know enough about...

I have this tendency, too, and though I occasionally romanticize about a time and place in the past (I went through my Simone de Beauvoir and Jean Paul Sartre and Paris of the 1940s and 50s while I lived in China many years ago and certain streets and buildings still remind me of that bleak and meaningless period!), what turns on the daydreams and nostalgic longing are books set in a contemporary setting of a particular country. Often it's because I've recently travelled there and reading a book set in that land is a way to learn more about it or, less nobly, to consider refashioning my life there.

So I've gone through spells where I read books from Poland, Japan, China, Mexico, Argentina, Uruguay, Lithuania, Vietnam, etc., etc. But it's not just picking up a novel set in Warsaw or Buenos Aires: it's doing hours & days & weeks of research, finding the country's most famous writers, ordering everything I can get my hands on by them and reading obsessively for months, sometimes years.

There are huge chunks of American (and Canadian) literature I've not read - nothing by David Foster Wallace, Saul Bellow, Robertson Davies, Studs Terkel, Thomas Pynchon, for example - but I've read huge swathes of modern Japanese fiction or contemporary Chinese poetry or countless essays on the development of nationalism in Lithuania and Poland. Good thing I work for an International Literary Festival!

All this said, I've read more American and Canadian and American literature in the past 9 months than I have in the past 9 years which means I am trying hard to catch up. I read Philip Roth for the first time (shocking!) and Mordecai Richler, Alice Munro, Michel Tremblay, Joyce Carol Oates, not to mention all the writers who aren't on the international stage.

Yet during our down time (as the summer was for us), I revert back to my old ways: from late June to mid August I read books set in Uruguay, Colombia, Mexico, Japan and Thailand.   A mini-vacation, perhaps...

All of these are available on iTunes or the organization websites.

Open Source from the Watson Institute. Hosted by Christopher Lydon, this podcast is often focused on literature and the connections between literature and politics and society. His recent series on Pakistan was fascinating as was his recent interview with Nigerian/American writer (Open City). In the past, he's interviewed Helen Vendler on Emily Dickinson and Lila Azam Zanganeh on Nabakov.

I also like the Open Books podcast from the BBC. In this 30 minute weekly program, host Harriett Gilbert interviews two well-known (usually British) novelists or writers who talk about the book which has influenced them most. The guests and Harriett all read the book(s) and then discuss why it has been so important or influential. Recently they've discussed Jean Rhys, Thackeray, and women crime writers.

Of course, there's Writers and Company. No way one can mention literary podcasts without mentioning Eleanor Wachtel's highly influential program which has been available on podcast for many years now. If you only have time for one literary program a week, this is it.

I also like two not necessarily literary podcasts but programmes which often mention or discuss literature, namely NPR's Fresh Air (interviews with writers and hot political or social topics of the day: this programme truly is a key part of the "conversation" happening around culture and politics today and host Terri Gross has her finger on the pulse of contemporary life like almost no other personality) and Slate's Culture Gabfest (discussions of who's or what's in the news including writers, books, movies and personalities: again, a major player in shaping and determining the conversations we have around the water coolers in North America though the personalities and general banter of the hosts can get a bit irritating at times. The Endorsement title is a usual feature of their programme).

I'm sure there are others I'm not aware of. Endorse one of your favorites, either here or on our Facebook page.

After a nearly two month hiatus, the Blue Met engine got fired up again today and we were all back in the office, talking 2012. Some really exciting stuff planned and we're really happy about what we are doing for our next Festival.

In the meantime, some excellent news on the new book horizon. All these authors have announced new books for the fall:

Anita Rau Badami has a new novel, Tell it to the Trees, coming out in September (Knopf Canada).

The books editor from The Gazette, Edie Austin has a complete list is here. Lots of reading to get through! 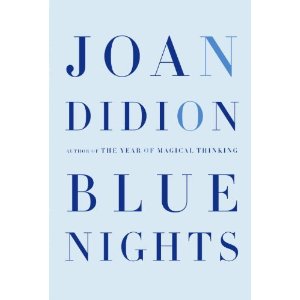 The Secret Garden
I was ill, lying on my bed of old papers,
when you came in with white rabbits in your arms;
and the doves scattered upwards, flying to mothers,
and the snails sighed under their baggage of stone...
Now your tongue grows like celery between us:
Because of our love-cries, cabbage darkens in its nest;
the cauliflower thinks of her pale, plump children
and turns greenish-white in a light like the ocean's.
I was sick, fainting in the smell of teabags,
when you came with tomatoes, a good poetry.
I am being wooed. I am being conquered
by a cliff of limestone that leaves chalk on my breasts.
--Rita Dove
Posted by Gregory McCormick at 8/06/2011 05:28:00 PM No comments: