At the end of his life, when writer Isaac Babel wrote a speech, indirectly staring Stalin's censors down, he did so with his usual ironic humour and sarcasm. He suggested that "bad writing" was a right that all writers had and a right that the Soviet authorities were refusing to allow. His irony was one that was not lost on his audience: "Let's not fool ourselves: this is a very important right, and to take this right from us is no small thing...let us give up this right, and may God help us. And if there is no God, let us help ourselves."

Babel's humour was his ultimate, most effective, weapon. Later he would suggest that he was practising a new genre, the genre of silence, another dig at Stalin sealed his fate. 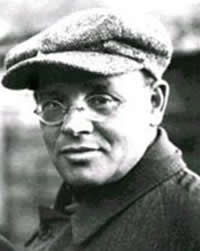 I've been thinking and reading about Isaac Babel lately because of the Segal Centre's upcoming production of "Tales from Odessa," a production that was commissioned for the centre and the Yiddish Theatre company, based on the short stories of Babel.

Babel is a writer I've been reading since I was a teenager (one day I will write about how I was this non-Jewish kid growing up in rural America, fascinated with Jewish writers like Singer, Aleichem, Babel and others. One day when I was a little kid, I remember asking my father "What is a Jew?" and he told me that Jews wore funny hats and didn't eat pork. I found this absolutely enthralling.), but only lately have I been revisiting him as an adult, thinking about his tragic life and his unusual sense of humour from the perspective of someone in his 40s.

What I especially like about Babel's stories is the fact that they, like all good writing, are both a snapshot of a time and place vanished forever, but also capture something essential about being a kid, about being a member of a community, about family relations, but unlike Singer or Aleichem, his relationship to his own Judaism is complex and the Jews in his story are largely secular, often brutal or aggressive (one of his stories explores the Jewish mafia of Odessa pre-WWII). Often Babel's protagonists note another character's Jewishness, but never make it clear that the author himself is a Jew. There are even ambiguous digs at Jewesses or old rabbis. This could be read as another example of Babel's ironic sense of humour or perhaps he was just giving his (Russian, Ukrainian) readers what they wanted.

Born in Odessa in 1894, Babel would repeatedly run up against the Soviet authorities in his prime, first banned from writing (thus his suggestion that he was a master of the genre of silence) then arrested in 1937. He disappeared into the Soviet gulag and it only emerged in the last several years that he had died in 1939 or thereabouts, either shot or suffering from typhus (or both, accounts differ).

Joseph Roth (a writer I admire greatly) wrote with a certain tinge of nostalgia, not necessarily for his life in a shtetl, but from a longing to return to the Austro-Hungarian order that he knew as a young man. There is nothing nostalgic about Babel's stories: they are full of violence and murder, humour and terror, love and sex and longing.

Red Cavalry explores the precarious life of a soldier in the midst of the Soviet-Polish war and Babel manages to straddle both the 19th and 20th centuries in the series of stories that both represent the content of the past with the form of the future (unlikely he read James Joyce though there are similarities in terms of form).

But I am glad that Segal is doing his Tales from Odessa because this is the work that I just love. It's so funny and his protagonists find themselves in such funny situations:

They sat down at the table, Yevzel served them with vodka, and Mr Trottyburn unfurled
his wares. From the bale he produced cigars and fine silks, cocaine and filing tools, loose tobacco from the state of Virginia and red wine that had been purchased on the island of Chios. Each article of merchandise had its own special price, each figure was washed down with Bessarabian wine that smelt of sun and bedbugs...the drunken Malayan, full of surprise, touched Lyubka's breast with his finger. He touched it with one finger, then with each finger in turn. His soft, yellow eyes hung above the table like paper lanterns on a street in China; barely audibly he began to sing, and he fell to the ground when Lyubka gave him a push with her fist. (translated by David McDuff).

The Segal Centre production is part of the Dora Wasserman Yiddish Theatre and the music is done by the super creative and innovative musician Socalled, so it's sure to get the tone of Babel right on (if a Canadian Jewish rapper can approach a 20th century European writer). Don't worry, there are subtitles in both French and English though part of the charm of seeing anything at DWYT is actually hearing the Yiddish. Not sure if the songs are in Yiddish though I suspect they are...

I am so looking forward to this! Check out more about the Segal Centre production here. The show starts Sunday, June 16 and continues until July 7th.

So I've been reading Sarah Waters' The Little Stranger  the last few days and I have to say one aspect of it is really annoying me: the long chapters. Sheesh, how am I supposed to find two hours in one sitting to read a 200 page chapter? And it's not like there are many breaks within a chapter as natural ending points either.

It might seem like a small thing but I constantly drop back in to the middle of the action (her scenes go on and on and on...) and have to re-orient myself again. 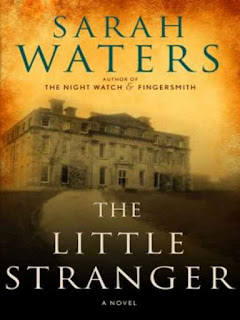 The novel is set just after WWII in rural England and is told by a local doctor whose mother was a servant in The Hundreds, a dilapidated old mansion whose family is odd and isolated. Formerly part the ruling class, the family struggles with one inept servant and Waters does what Downton Abbey tries to do (though this book pre-dates D.A.) but without the opulence or obsequiousness of "before". We only see the shabbiness and helplessness of the after.

While I am reading in bed at night, I start to get a bit sleepy and zip ahead to see how many pages are left and then realize it's going to take another hour to get through this chapter. Ugh. Then I get irritated.

You'd think I could just get lost in the story and not notice but there are too many demands on our time today. It doesn't work that way.

And I've been thinking about this, how unusual it is nowadays when so many books have short chapters or many ending points within a chapter. I always assume it's a natural breaking point for a writer, to end a scene, to stop for the day. I can't imagine how a writer spends all day writing a few pages, then returns tomorrow and has to carry on with the same conversation, the same tensions, the same scene as she did the day before.

It's a good book otherwise. I like the atmosphere she creates of the spooky old house and all the dysfunction and polite chatter that masks something lurking underneath. The protagonist is elusive, the other characters all seem to be hiding things.