Can you recommend short (200 pages), amazingly good novels available in paperback? I have to be able to hold it and turn the pages with one hand while nursing!

Yes, naturally! For me the trick is the "amazingly good" part since one person's amazingly good might be another's snore-fest, but here is what I'd suggest today:

The NYRB classics line are often short novella-sized novels, always paperback, and generally fairly light (physically). These issues are very international in focus, usually translated from other languages and often contain introductions from some of the best-known contemporary writers working today. Also, the authors are generally no longer living so these are not as contemporary as some prefer. 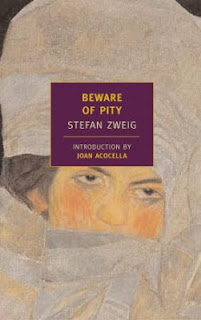 Stefan Zweig was one of the best-known German writers of the 20th century. He never really had a huge following in the English-speaking world until NYRB started re-translating (and translating for the first time) some of his better known works: Confusion, Beware of Pity, Chess, The Post-Office Girl are just a few of his titles. He is not a writer without controversy but he definitely presents a specific time and place in European history that is long gone.

A Time to Keep Silence by Patrick Leigh Fermor (the introduction is by Karen Armstrong, win-win!). One of the greatest travel writers, Fermor chronicles his travels through Europe at some well-known monasteries in search of silence and respite from our modern, chaotic lives.

Tove Jansson has some really lovely books that are fascinating portraits of Scandinavian childhoods spent on seashores and in forests. They are almost fairy-tale like (Jansson was the author of the very popular Moomin series of kids books). Two of her that I've read and enjoyed include The Summer Book and The True Deceiver. 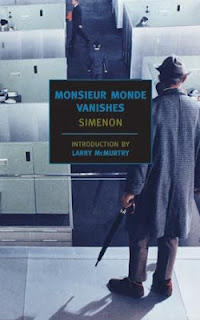 For crime-writing lovers, there's Georges Simenon. The NYRB almost single-handedly brought him back from (relative) obscurity in the English-speaking world and his works are dark, foreboding, psychologically complex and highly entertaining. Some good books by Simenon: Monsieur Monde Vanishes, Dirty Snow, Three Bedrooms in Manhattan.

Finally, there's Albert Cossery, a writer whose work I find to be highly influential and interesting. Born in Cairo of Greek and Lebanese extraction, Cossery lived most of his life in Paris and wrote novels, graphic novels, stories, journalistic pieces and many other forms of writing. Two of his books done by NYRB include Proud Beggars and The Jokers. I've written about another of his works before here.

This is just the tip of the iceberg when it comes to the excellent work the NYRB does in issuing and re-issuing some of the best of international literature.

For more contemporary books that can be held with just one hand, stay tuned later this week.