50 Shades of Insanity: the Publishing World in Freefall

All these changes in the publishing world are something worth watching closely. A merger between Random House and Penguin will really shake up publishing in many ways, even in Canada, where they are the two biggest US-based publishers with whom Canadians work.

I have to admit that it makes me somewhat nervous. And for more than one reason. Remember many years ago when people were complaining about Barnes & Noble and Borders having some huge over-concentrated chunk of the US book-distribution market? At the time, the worry was that there was too much intellectual information in the hands of two organizations and without a "deal" from one of these book stores, a small publisher or even writer had no chance at survival. Distribution is key, as many people began to understand. That problem is still ever-present but the other problematic issue which arose from that much concentration was that when Borders went belly up, the concentration became even more acute (now we have B&N and Amazon and even less chance for small publishers...).

I've said it before, but I hate the fact that there are "super" or "mega" hits which affect 5 or 10 authors at any one time, but hundreds of thousands of authors just scrape by (or, in fact, don't scrape by) and this is one extension of having so much of the publishing world and book distribution world done by so few. (Having travelled so much lately, I've been shocked to see versions of Fifty Shades being read by young women -- always young women -- and translated into French, German, Dutch, Spanish and even Swedish! I just want to take these young women and shake them, "Whyyyyyyyyyyyyyy?") Why are, as it seems at certain key moments, all the world's women in the West reading the same book? It's depressing.

And don't even get me started about men and what they (don't) read. And don't even suggest that it's "the market" that decides because it's not a free and open system where people (i.e., authors) can play fairly. 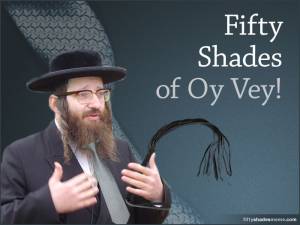 Why not spread all the money being spent on that silly book to 100 books and authors instead of all concentrated onto one author and one publisher, particularly when that book will be utterly forgotten in 20 years (it's already widely available in bargain bins and every used bookstore owner I know turns copies away because they are swimming in them). Hell, it will be utterly forgotten in 10 years (except, most likely, as a minor note in how it made S&M something mainstream for a brief period of time). Give a hundred writers a decent chance to make a living instead of making one author and one publisher obscenely rich.

I know, people don't think about it that way when they want to read the book and see what the hype is all about. But pfffffft.

Then there is the possible demise of D&M, one of the best presses in Canada. This point is truly depressing. One of the best things about Canada is its vibrant publishing scene in terms of diversity, regionalism, and genre but in a very limited Canadian context. More and more, Canada takes its cue from the US in terms of "the market" and there is less government support for publishers (and more competition). Is there too much being published in Canada? Probably. But without government support, we wouldn't have big Canadian hits (Johanna Skibsrud, Esi Edugyan, Kim Thuy, Will Ferguson, etc., etc.) and our market would come to resemble more and more the big behemoth to our south (that certainly publishes too much without government support and still manages to produce so little diversity).

That's not to say that the Canadian publishing world couldn't use a dose of something because there are often I find too many of the same kinds of novels being produced, rarely is anything innovative in terms of form (I'm talking about novels here), and though there are some excellent smaller publishing houses in Canada, where is our New Directions or Open Letter or Dalkey or Melville House or Archipelago?

I guess what I am building to is that the government restriction that Canadian presses focus primarily on Canadian books means that the work being done is less diverse than it might be otherwise. The small US presses get little to no government funding and because of that can publish writers from all over the world and do beautiful translations of writers in Latin America, Europe, and Asia. To me as a reader, diversity is always a good thing. We need less of the modern urban novel about life in a contemporary Canadian city and more of other voices: more Edem Awumeys and Esi Edugyans and Anna Porters and Kim Thuys and Josip Novakoviches and Goran Simics.

But to circle back: what all this means to Canada, I fear, is more of the same. More publishers unwilling to take risks, more necessity to seek out "a hit." Literary prizes seem to be help to some extent though even that seems to produce a certain "kind of" writer (a different topic for another day) and favour certain "kinds of" novels. If D&M can pull out of this difficult period, it's all the better for Canadian writing...
Posted by Gregory McCormick at 11/01/2012 08:39:00 AM