So it's been awhile since I last wrote anything here. The holidays wore me out! And we're back now after closing up shop for a couple of weeks. I couldn't stand the thought of another "best of 2011" reading/book list, so I decided instead to start 2012 with a list of books I am reading or soon to read. Always better to look forward! 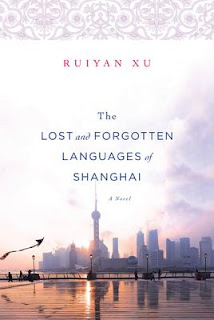 The Lost and Forgotten Languages of Shanghai: This novel, set in Shanghai in 1999, tells the story of a high-powered Shanghai business man who is injured in an explosion and loses his ability to speak Mandarin. Having spent his very early years in the US, he returned to China at age 10 and managed to forget his English, only to have it return after he is severely injured. Screaming allegory aside, the book is an interesting exploration of the frustration that is a part of losing the ability to speak, not only for the victim but for all those around the victim. The US doctor sent to work with the patient, Lijing, complicates the frustration and Lijing's recovery. The setting captures the mood of late 90s China and Shanghai in particular.For me personally, since I lived in Shanghai at this time, the references to some of the sights and sounds and places of the city in 1999 really made me nostalgic!

The Beggar's Opera by Peggy Blair is the story of a crumbling marriage, a murder in Havana and a Cuban detective who is losing his grip on reality. The flavor of Havana figures solidly in this interesting tale and the Canadian suspect is the ultimate innocent abroad. This one makes me crave Cuba in January... 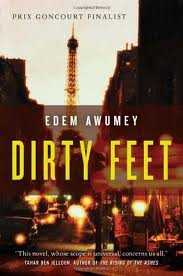 Dirty Feet by Edem Awumey. From the mRb review: The short but dense novel recounts the story of an unlikely and undefined relationship between two migrants in Paris, both haunted by memories of their respective homes. The protagonist Askia suffers the somewhat typical fate of many immigrants: though he is well educated, he drives a cab and lives in squalor. He is also on a mission to find his lost father, who is believed to be living in Paris. One day, he meets the mysterious Olia (who happens to be his fare) – a Bulgarian fashion photographer who claims that she has photographed Askia’s father and offers to help locate the missing man.


Mister Blue by Jacques Polin. From the press release: This tender and perceptive tale explores the textures of solitude, compassion, language, fear, and the imagination. Meet Jim: a writer suffering from vivid dreams and bouts of writer's block. Meet Mister Blue, a dignified and prophetic cat and Jim's sole companion that spring on the Ile of d'Orléans...until the day they discover a copy of The Arabian Nights in a cave along the beach.

These are just the tip of the iceberg, of course, but the books I'm either halfway through or have on my nightstand to read in the next couple of weeks. I did surprisingly little reading over the break: mainly I watched movies, Japanese anime (which I'm kind of obsessed with lately), walked the dog and hung out with friends...man, time off is just what I needed before our final push to Festival time!
Posted by Gregory McCormick at 1/04/2012 10:10:00 AM