A very interesting piece by Adam Gopnik on the New Yorker blog this morning, an argument that has been banding about for years: is it necessary to "major" in English anymore? Or, more precisely, is the major becoming obsolete or abandoned in academia?

It's something I think about, being an English major myself (and hesitantly so, after starting out in the sciences, every one I knew told me that I should be studying humanities and a career aptitude test I took when I was 18 or 19 suggested something similar) and feeling strongly that an undergraduate education in humanities is an excellent foundation for most types of professions.

Gopnik sidesteps (at least throughout most of the piece) the real argument which he only glances at sideways in the final paragraphs:

No sane person proposes or has ever proposed an entirely utilitarian, production-oriented view of human purpose. We cannot merely produce goods and services as efficiently as we can, sell them each other as cheaply as possible, and die. 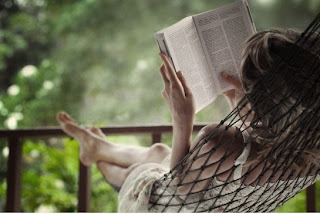 Right. I wholeheartedly agree but this argument isn't then applied to the entire approach to education in much of the developed (and developing) world: education as commodity as opposed to education as foundation, as experience, as a shaping and influencing period of time. But that's where we are: people now go to college with the intent of "getting a good job," whereas I don't think was necessarily always the case (at least not in North America). And literary studies does not necessarily equal gainful employment (though I know people who've studied science, law and other fields who can't find jobs after graduation whereas I studied literature and have never had trouble finding work in my entire adult life knock on wood!).

Perhaps the argument can be made that we no longer have that luxury: to send generations of young people to school to simply learn about who they are and now it has to have a more practical concern, i.e., learn a trade, learn how to balance your personal needs with larger external concerns, learn to jump through hoops, learn to socialize in the "right" way with the right people.

But I think this is precisely the advantage of the system we have now. By studying humanities as an undergraduate, by giving our young people freedom to extend their youth and learn about things they may never have another chance to learn about, they can become better citizens, can develop how to think better, etc., before they do their graduate degrees and have to put on the garb of a productive citizen. Does it really matter, actually, what one studied as an undergraduate once you finish your graduate work and have been in the real world for a few years? Give undergraduate students free license to study what they want to study without having to think about the beyond. There will be plenty of time for that (this leaves out the entire cohort of students who don't even go to college at all, an argument for a different day).

Another issue that Gopnik doesn't address is how the English/literary academic system itself certainly has some blame in the fall of literature as a field of study: one can quite literally do an entire degree in literature and never read any primary texts at all. Academic literary studies can be incredibly obtuse, useless and obscure. Because I work for a literary festival and I come to literature from a "general readers'" point of view (an epithet in academia), I notice frequently the rift between those who simply like to read and those who do "professionally."  Academic institutions' insistence on isolation and obscurity has to play a role in the fact that so few people want to study English or literature any more.
Posted by Gregory McCormick at 8/28/2013 01:12:00 PM