Taiwan #3: the work of Chang Chao-tang

In Taipei over the weekend, I saw one of the most interesting exhibitions I have seen in many years. It was a retrospective of the work of Taiwanese photographer, Chang Chao-tang. 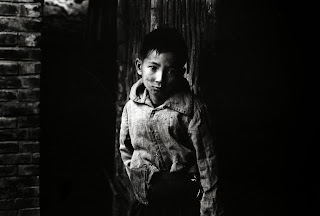 Born in 1943, Chang is one of Taiwan's best-known photographers and his career spans some of the island's most tumultuous historical periods: from the early 1960s when the island was still agricultural and rural to the dizzying heights of the 2000s when Taipei became one of the Asian Tigers and became highly urbanized and developed.

What strikes me about his body of work is how it reflects the cultural and artistic changes in both Asia and the Western world. His youthful work is bold and realist, almost naturalistic, and I kept thinking while viewing his photos from this period, that he was a 17 year old kid, walking through the neighborhoods of Taipei, asking strangers (workers, farmers, children) if he could take their photos. The images are bold, arresting and even shocking. They show us, as one critic noted, "his innate character when viewing the world - engaged yet observant, extremely calm, not removed yet not intrusive, with a faint atmosphere of doubt and questioning, behind which loomed a potent love for everything that exists."

Once Chang is into his mid to late 20s, his work becomes imbibed with Western cultural trends:
existentialism, avant garde conceptual sorts of framing, ghostly images that are experimental, especially in light of his earlier work. These are often blurry images with decapitated figures, indistinct facial features, done in barren landscapes in between rural struggle and idealism and the heady shiny developed cities of more recent times: the landscapes serve to underscore the importance of the body - new images of the body, in fact - and the oppression and political suffocation which the country was experiencing.

His later work strikes one on a very basic level as some Chinese equivalent of Annie Leibovitz since it's so involved with documenting the lives of the country's writers and artists. Chang's work is less conceptual and far be it from me to criticize a well-known artist like Leibovitz, but I'm drawn more to Chang's images. They are edgier, more about the the bone structure of individual faces, more naturalistic with juxtaposed artists and environments; stories seem to hang over each image. Chang's photographs from this time in his career document writers, musicians, puppeteers and other artists of Taiwan. These range from youthful images of poets from the early 1970s to more contemporary images of painters and visual artists from the early 2000s. Nearly every image on display contained a story I wanted to access.

As I was leaving the exhibit on Sunday, a rare treat: Mr. Chang himself just happened to be passing through. I got to shake his hand, briefly tell him how much I appreciated seeing his work (which is always an awkward way to interact with an artist, I believe) and he was on his way, camera around his neck, still out on the street each day, documenting what he sees and experiences. We should all be so involved at 70 years old! 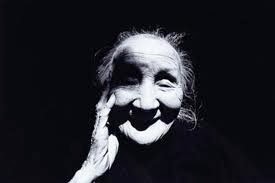 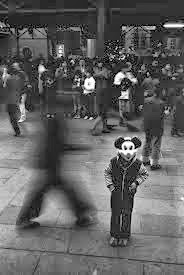