Gore Vidal: "A narcissist is someone better looking than you are." 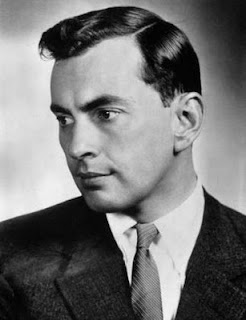 Gore Vidal was one of the first American "shit-stirrers," mucking up and challenging media, politicians and the tendency towards American provincialism.

Famously contrary, he has never been afraid of challenging his own milieu, his own friends, even his own weaknesses.Who else could get away with such bold assertions such as:

"Every time a friend succeeds, I die a little."

"It's not enough to succeed. Others must fail."

"The more money an American accumulates, the less interesting he becomes."


Now 85 years old, Gore Vidal came of age in a time and place that seem almost unreal now: by the age of Mad Men and Civil Rights and the sexual revolution, he was already well into his 30s and 40s. Thus for his generation, television was the big social changer and he was no fan.

"Television is now so desperately hungry for material that they're scraping the top of the barrel."


This kind of hostility seems antiquated today when even hostility towards the Internet generally seems like a debate from an earlier time. One wonders what he would have to say about social media, ebooks, constant streams of information, and Google copyright, etc. 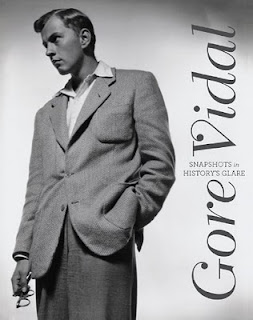 His book Gore Vidal: Snapshots in History's Glare seems like a writer very conscious of his advancing years, showing private moments of his rather public life in a very "Vidalian" way. It's a lovely book full of photographs: his early years, as a teenager, old telegrams, magazine articles, etc, a compendium of his life and career that is highly visual and entertaining. For any Gore Vidal fans, it's a must-have. It also makes me nostalgic for a time and place where memories were associated with objects, actual things you could touch and feel and hold and not just digits on a screen.

An interesting Quebec connection, too: Montreal born writer John Glassco's 1970 book, Memoirs of Montparnasse, tells the story of a group of artists and writers in 1920s Paris (retold in Brian Busby's excellent biography of John Glassco), heavily centered around American writer Robert McAlmon (a very close friend of Kay Boyle, another American writer whose work I adore). Robert McAlmon grew up in the midwest and one of this better known works (As It Happened Through a Fifteen Year Period) tells the story of his early life in South Dakota and his friendship with Eugene Vidal, Gore Vidal's father (Gore Vidal challenges McAlmon's portrayal and memories in his own memoir, Palimpsest.)
Posted by Gregory McCormick at 3/18/2011 12:13:00 PM