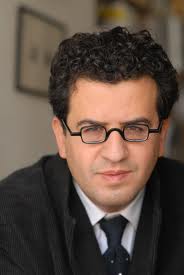 We are really thrilled that we have managed to land Hisham Matar as our 2013 Al Madjidi Ibn Dhaher Blue Met Arab Prize winner. Mr. Matar is one of the youngest and most haunting voices coming out of the Arab world the last number of years and his presence on the international literary stage is considerable.

When I saw him in New York in October as part of the New Yorker Festival, in conversation with a few other big name writers, I knew that our jury had awarded him the prize but was bummed that I couldn't share it yet because on stage he was fascinating: articulate, funny, dry, intelligent.

His book In the Country of Men haunted me for weeks after I read it years ago. The book tells the story of a young boy growing up in Tripoli until his father disappears into the Libyan prison system. The novel was short-listed for a slew of prizes, including the Booker Prize, and translated into dozens of languages. 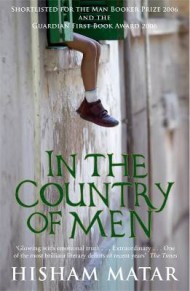 On the occasion of his last book, Anatomy of a Disappearance, Matar passed through Canada though we didn't have him in our line-up for various reasons. At that time, he was interviewed by Eleanor Wachtel as part of her Writers and Company and the interview was one of her best interviews: moving & shocking, it literally moved me to tears.

Hisham Matar will do two events at the Festival, an interview with Paul Kennedy (host of Ideas) as well as the awarding of the prize in the evening of Friday, April 26 at Hotel 10, 10 Sherbrooke Street West.

He will also be part of an event on Saturday, April 27: Literature as Refuge, a discussion at the Goethe Institute about the importance that literature has in a time of social, political or personal crisis. This event is with German writer Thomas Pletzinger, Italian Gianrico Carofiglio and Spaniard Ignacio del Valle, hosted by Katia Grubisic.
Posted by Gregory McCormick at 3/27/2013 08:00:00 AM