Kieslowski's A Short Film About Killing at Cinema du Parc

As part of Cinema du Parc's series on Masterpieces of Polish Cinema (presented by Martin Scorsese) this week, I was happy to see that A Short Film About Killing was on their playlist for this weekend. This is one of Kieslowski's early feature films and one that came directly out of his earlier made-for-TV masterpiece, Dekalog. 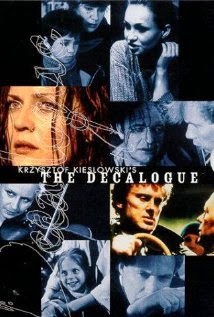 Dekalog is a series of ten short films (one hour each) that aired in Polish TV in the mid 80s and A Short Film About Killing was originally one of these short episodes that Kieslowski expanded into a full-length film.

I've for years wished that some repertory cinema in Montreal would play Dekalog in its entirety and I've only ever seen in on DVD but the premise is basically that each film is "about" or inspired by one of the ten commandments. So there's a film that alludes to Thou shall not commit adultery and one about Honoring thy father and mother, etc.

The films aren't meant to be explicit treatises on the Ten Commandments and the allusions to them are sometimes obscure or oblique. But it's an excellent series of films and an incredibly interesting time capsule into life in Poland in the 1980s.

I was really happy to see that the Cinema du Parc was fairly full this afternoon when I walked over to CdP (in a blizzard no less) to check out A Short Film About Killing.

The film is constructed in two parts: the first leading up to the random killing of a taxi driver by 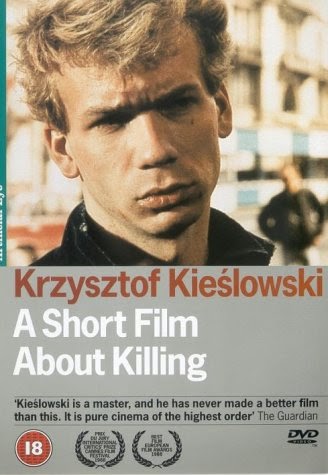 Jacek, an aimless street criminal who seems to kill just for the thrill of it. But there are no easy answers: the taxi driver is a bit of a prick and Jacek, too, we learn later, has overcome a major tragedy in his own life. The second act leads up to Jacek's execution by the Polish state but what is not there is just as important as what is: there is no arrest, no investigation, not even any courtroom scenes (though the judge alludes to the defense attorney's speech against the evils of capital punishment, we never see the attorney - his name is Piotr - in action). This act opens with the judge ruling against Piotr and Jacek which starts the ball rolling on his execution. We see the cruelty of state-sanctioned execution but it's not done in any pat or superficial way: one killing leads to another but both are horrific and both are meant to be seen as equally abhorrent. And though there is certainly a political message here, how it's told is just as important as what the message is meant to convey. It's beautifully filmed and I'm so fascinated by these images of Poland in the mid-80s. 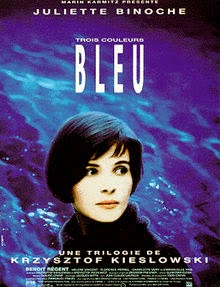 Speaking of Kieslowski, I really enjoyed reading Teju Cole's piece in the New Yorker about the director's last film, Red. Though I've always been more partial to Blue, I do find Red one of Kieslowski's most watchable and interesting films.

One of my most favorite all time movies is a Kieslowski movie, The Double Life of Veronica, and I've seen it probably 15 times. But I still get something new out of it every time I watch it and all of Kieslowski's films are at the top of my Criterion wish list (along with Wong Kar wai's In the Mood for Love). I, like Cole, discovered Kieslowski in my early 20s when Red was released and with a bunch of friends I saw a triple feature at the U-District Theatre in Seattle back in like 1994.  I've gone back to all of his films many times in my life and, to me, these films are what cinema is all about.

A Short Film About Killing plays again Monday, February 9 at 7pm at Cinema du Parc so I'd highly recommend it to any fans of "good" films and, of course, to anyone to admires the films of Kieslowski. Maybe CdP will get around to playing Dekalog one of these days or the entire Three Colors series. I hope so.