William Styron is one of those writers for whom I gained an appreciation very early in my life.

I think I probably read Sophie's Choice for the first time when I was about 19 or 20 and I end up re-reading it every 5 or 10 years. Styron is one of those writers who seems to have followed me wherever I go. (I also love The Confessions of Nat Turner, despite all the controversy around it.) 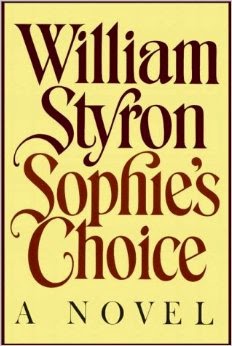 Oddly, I had picked up Sophie's Choice a week or two before I left for Colombia and read the first 100 or so pages but decided not to bring it with me (I brought a book on the Vikings instead which I didn't even open once while I was in Latin America). But on the plane from Cartagena to New York, the people next to me on the plane suddenly began talking about Sophie's Choice and, in fact, the choice that is the great denouement of the novel.

I found this odd: a coincidence that two people were even talking about books next to me (though considering that one was an author at the Festival in Colombia, I suppose not that odd) but even more strange that it was a book I hold so dear AND one that I had just started reading again the week before.

In any case, William Styron, who died in 2006, is in the midst, I think, of a low point in his writing reputation. Often this happens for several years or more after an author dies (Kay Boyle is another writer who had some success in her lifetime but has never really picked up any momentum since her death more than 20 years ago; Czeslaw Milosz is another.). But it's a shame that his reputation has somewhat dimmed: he was such an important part of the American literary scene for so much of the 20th century, if not a controversial one. He was close to James Baldwin and, like Baldwin, very invested in civil rights and in the issues of his day. His themes are somewhat dated now, perhaps, and a novel about the Holocaust seems the last thing the world needs to get excited about.

But one thing that struck me as I read the book this time was how YOUNG these Holocaust survivors were. Sophie, I mean. For us today in this generation, the Holocaust means old people, the elderly, or those long long dead (even my maternal grandfather was too young to fight in WWII and would have been 17 when the war ended and the camps liberated. He lived to a ripe old age.) But in the novel, Sophie is a young woman in Brooklyn just a couple of years after the end of the war, trying to carry on with her life after the horrors she suffered. She was a young and beautiful woman like many women who survived the camps. It's easy to forget that the Holocaust was not about old people but about young people, many of whom had to try and carry on after the camps were freed (in this sense, I am also reminded of Montreal writer, Nancy Richler's fascinating novel, The Imposter Bride) 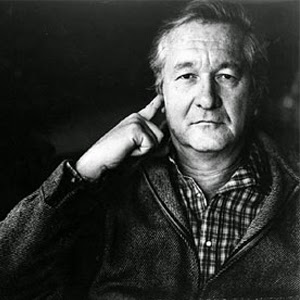 main character, Sophie's lover, Nathan Landau, suffers from what we might diagnose today as bi-polar disorder. She is the one who has suffered unspeakably yet he is the one, the middle class American Jew, who is plagued with mental illness. Styron captures his ups and downs, his highs and lows and all the havoc he wreaks on those around him. This theme, perhaps, was prescient for Styron to be so interested in (though he suffered very publicly from his own bout of mental illness which he chronicles in his excellent book, Darkness Visible: A Memoir of Madness).

Sophie's Choice is a novel that still continues to speak to me and to surprise me even though I've read it countless times.

At a moment early on in the novel when Stingo hears the French horn coming from Sophie's room upstairs (he's only just met her in the hallway of the building and he is instantly struck with her beauty) he links her history and the music he hears from Nathan's French horn to the destruction of Europe that was what these young people had in their recent memories:

It was music that, among other things, spoke of a Europe of a halcyon time, bathed in the soft umber flow of serene twilights - of children in pigtails and pinafores bobbing along in dogcarts, of excursions in the glades of the Wiener Wald and strong Bavarian beer, of ladies from Grenoble with parasols strolling the glittering rims of vertiginous waltzes, of Moselle wine, of Johannes Brahms himself, with beard and black cigar...It was a Europe of almost inconceivable sweetness - a Europe that Sophie, drowning in her sorrow above me, could never have known.