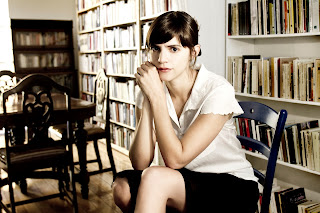 I was very happy when Blue Met's Premio Azul was awarded to Mexican writer, Valeria Luiselli. I'd been trying for years to get her to come to Blue Met and this prize was the perfect way to entice her.

Junot Diaz won the prize last year and did an event at a sold out Rialto Theatre. 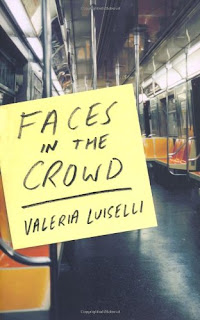 Luiselli is one of Mexico's best-known and most talked about writers. Many critics called her fascinating book, The Story of My Teeth, one of 2015's best, and her earlier work, Faces in the Crowd, in my view, is one of the best novels written in the last ten years.

Everyone is always looking out for the next Marquez or the next Bolano and if that is anything worth doing, then keeping an eye on Luiselli's career can't go wrong. She's only in her early 30s and has already made a huge mark in the translated fiction world and even her first book to be translated into English, Sidewalks, explored the life and history of contemporary Mexico City via walking (introduced by Cees Noteboom) in a way that's fiercely intelligent, innovative and charming.

Luiselli will be given the prize on Friday, April 15 in the evening, interviewed by none other than Scott Esposito, editor and founder of The Quarterly Conversation and one of today's most respected young literary critics. Tickets are $10 and available here.

Luiselli will also be doing an event (#66 on page 56) on Mexican Modernism with Daniel Saldana Paris (another fantastic young writer to keep an eye on) as well as an event at Drawn & Quarterly with Anakana Schofield and Taras Grescoe. This event is called London, New York, Mexico City, Shanghai (#75 on page 57) and you can get more information by checking out the Blue Met 2016 Festival brochure.
Posted by Gregory McCormick at 3/25/2016 08:15:00 AM