This is great news for us. Not only will Edmund White be one of our featured authors in 2013, he will be part of a larger programming track of GLBT writing generally.

Edmund White is a writer who many people have told me they discovered while young. For me personally, it was reading A Boy's Own Story when I was about 14 or so (I think I came across it in the Eli M. Oboler Library in southern Idaho), a book which opened up an entirely new world to me: of cities, of gay life, of coming to understand oneself in a way that back in the 80s in small town America felt revolutionary. 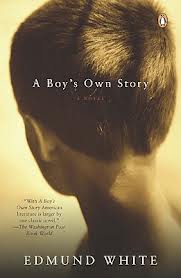 It's hard not to overstate the way that the Internet changed our entire relationship with the rest of the world: growing up in a small town in the US, the only connection to the outside world was TV and the library. And it's something that gay men of a certain generation often talk about: discovering books while young that significantly altered our view of the world. Today with the Internet, all that's changed, it seems to me though I haven't lived in small town America for 20 years.

After reading A Boy's Own Story, it was The Beautiful Room is Empty (which chronicles Edmund White's early youth in the 50s and 60s up until the Stonewall Riots of 1969), I moved on to other books throughout my teenage and early adult life (though many of his books would have been impossible to get in small town Idaho: The Joy of Gay Sex? Forget about it!).

There have been two reactions to Edmund White's coming to the Festival in the spring. Gay men (of all ages) have raved, many have talked about the books I've noted above and how fundamental they were in influencing their own feelings and coming out. A few women I've spoken to (straight women) have also been enthusiastic. Francophones tend to know Edmund White because of his biography of Genet, perhaps his best known "mainstream" book (he also lived in Paris for many years and speaks French beautifully). A few gay women, particularly younger gay women, have shrugged and wondered why this should be of interest to them. 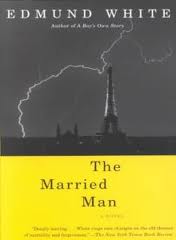 I can't say enough on this point: in his early works, White captures that sense of what it is to be young and questioning oneself, not just in terms of sexuality but also in terms of identity, understanding our relationship with the world, and challenging many of our assumptions about different ways of living. In that sense, he fit in with the beatniks (though he came later) and the hippies (though he has more of an intellectual's gaze on the world of non-conformity), presaging punks and hipsters and all the other things that define our modern age. 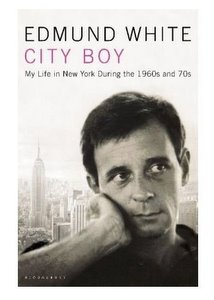 I am often surprised at this attitude on the part of some who think that a "feminist" writer has nothing to say to him or a "gay" (male) writer has nothing to say to her. One can understand what it means to be a man by reading The Second Sex or Backlash or The Feminine Mystique in addition to understanding the limitations that our society places on women and the different kinds of challenges women face as they make their way through the world.

And the same can be said of a writer like Edmund White: his tales are both specific to a time and place but with universal applications (with so many resonance to issues of today): what it means to be different, to challenge others around us, to hide our true selves, to be afraid of opening up.

Mainly, though, I just know Edmund White's events will be memorable because he hasn't come to Montreal often as an author and it's a rare chance to hear in the flesh one of the premier voices of the last two generations of American literature.
Posted by Gregory McCormick at 12/04/2012 08:10:00 AM