As far as literary prizes go, one of Montreal's biggest international prizes is the Blue MEtropolis International Literary Prize. Every year since 2000, we've awarded the prize to some of the most beloved writers in the world. They include such luminaries as Norman Mailer (2001), Mavis Gallant (2002), Carlos Fuentes (2005), Joyce Carol Oates (2012) and Colm Toibin (2013).

So who's gonna win for 2014? This year we had a long list of nearly 100 writers from all over the world. After deliberations, discussions, arguments (some heated), we were left with this respectable short-list:

Haruki Murakami: perennial Nobel prize nominee. One of Japan's biggest names (writer or otherwise). His books have been made into movies. He writes about running. He loves Cutty Sark and Miles Davis. He has his finger on the pulse of what's happening in contemporary Japan, a point of view we often don't have access to in Canada so readily.

Richard Ford: he should win just for naming a novel Canada. The

audacity of it, especially since it's about bank robbers. But in addition to books set on the high plains of Saskatchewan, he writes about New Jersey hooligans, traveling in Mexico and mid-life crises. Plus he's a real gentleman as about 25 people who've met him have told me. A real southerner who hasn't written about the south in a long time (someone recently told me he used to teach Richard Ford short-stories at "Old Miss," trying to instill a sense of pride in young southerners about one of their own.

Barbara Kingsolver: environmentalist, historian, complex creator of stories that straddle the personal and the political. Kingsolver is an under appreciated talent. Sure, she's made money off her books. Sure, Oprah digs her. But that almost undercuts the seriousness with which she she spends months and even years researching, writing, dedicating her life to her craft. She's written to me twice (on paper, mailed with stamps), kind and heart-felt letters that thanked me for inviting her to the Festival. I have four hand-written letters in my office from authors and two are from her. And when she's not crafting amazing novels like The Lacuna (personally I adore this novel), she's mentoring younger writers and putting her money where her mouth (or pen) is by supporting important environmental causes. 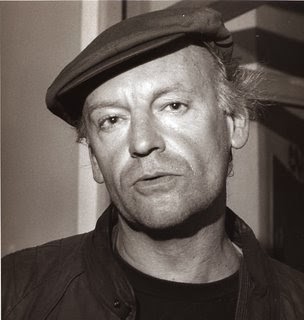 Eduardo Galeano: OK I have to admit that I have had a soft spot in my
heart for Galeano since I was a young man backpacking through Latin America. Long before the late Hugo Chavez handed over a copy of The Open Veins of Latin America to Barack Obama on a state visit (turning Galeano into that kind of leftist writer though he certainly is a certain kind of leftist writer). He's the kind of writer whose book you keep in your backpack for months at a time, dipping in and out of it, alternately moved, tickled, shocked, appalled, and knocked over.

One of these amazing writers is going to be awarded our 2014 Blue Metropolis International Literary Prize and he or she will be announced at our official press conference next week: April 2, 2014 at 11:15 a.m. at Hotel 10 in downtown Montreal.

In addition to the prestige and hearty handshakes, the winner will receive a check for $10,000 and first-class travel to the Festival, in addition to a rocking glass-engraved trophy!