As part of their ongoing 100th anniversary celebrations, the Jewish Public Library has invited American writer, Daniel Mendelsohn, as one of their key note speakers in early November. I'm looking forward to this.

Mendelsohn is one of the most engaging and fascinating non-fiction writers working today, and his oeuvre is as varied as it is intellectually rigorous.

He is perhaps most recently known for his skewering of Mad Men a few years ago, an essay that is funny and incredibly insightful. (Though I was a fan of the show, I also found it frequently irritating and clumsy and so I appreciated hearing his opinion and judgement since no one seemed to be willing to say anything negative about it. Many people mentioned this article to me when it came out.).

But the book of Mendelsohn's which I really love is his translations of C. P. Cavafy. The Greek poet's words have rarely felt so immediate, so vivid and so moving. This is one of my most treasured books of poetry.

Mendelsohn has also written memoirs and treatises on popular culture. Most recently, he wrote a very interesting piece in the New Yorker about his pen-pal relationship with the writer Mary Renault and how she "mentored" him in a certain way and inspired him to become a writer.

I have no doubt that Mendelsohn will have a lot to say at the Jewish Public Library on November 3 at 8pm. (Tickets here). 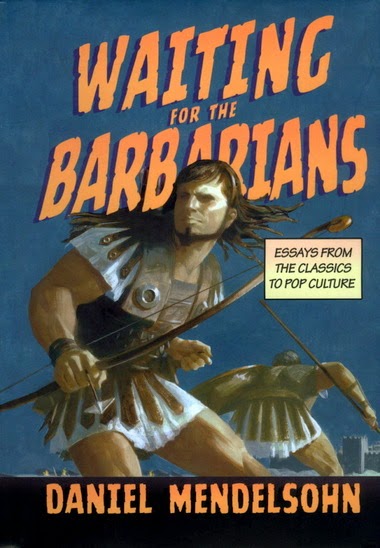