Scenes from a Marriage at New York Theater Workshop

I was in New York over the weekend and saw a very interesting production of Scenes from a Marriage done by the New York Theater Workshop. Based on a 1973 Swedish television series written by Ingmar Bergman, the adaptation was fascinating. Not 100% successful but it certainly had me interested. 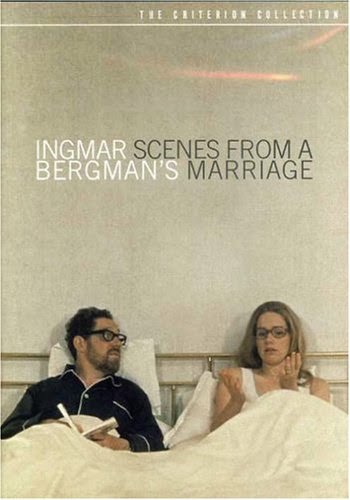 The premise is relatively simple: a couple at three crisis points in their marriage decide whether it's worth
continuing or not, a younger couple, a middle-aged couple and an older couple. The innovation in Ivo van Hove's version (the Flemish director who staged this NYTW version; the adaptation was written by Emily Mann) was that all three scenes were going on at the same time: though on three different stages with three different audiences. So the audience was divided up into three groups and each group saw a different scene first.

That's unusual enough but the way the set was done allowed each audience to see the other scenes going on at the same time. We couldn't necessarily hear them (only the loud parts where characters were shouting) but we could see the actors both on-stage and off-stage (in fact, the "off-stage" area was part of the set so we could even see the actors off-stage in between). This approach was fascinating and innovative. (Though I could see what they were doing by allowing the sound from other scenes to echo into whatever scene we were currently watching, often this was intrusive and distracting.)

The part that didn't work for me was that the interaction between each couple (played by different actors, so six main actors in total) was vastly different. The presence of each character varied radically depending on the actor portraying them: the young man had a vastly different persona than the middle-aged man, etc., and this naturally affected the way we reacted to each couple's interaction. Perhaps this was intentional but what I was left with was the sensation that each scene was really the iteration of a different couple's crisis, not the same couple at different points in their lives. Not the same crises, in other words. But that's kind of key to the Bergman story: crises evolve, shift, but at the core, they are the same crises and we repeat the same patterns over and over in a couple.

The film series has been highly influential (and many, in fact, suggest that the popularity of the series caused Sweden's divorce rate to tick up in the early to mid 70s) so it's daring to take on something this important and well-known (despite this being some of Bergman's lesser known work). This version is available at Criterion.

So the first act is all three scenes going on at the same time and then after each scene, the audience moves to a different part of the room and sees the next scene and the actors all do it again. Then once more: so by the end of the first act, we've seen all three scenes but not all the audience has seen the scenes in the same order (and the actors repeat each scene three times).

Where I felt unsure was the second act: all six actors come out on to the stage and they act out a scene together: all six of them saying their lines. So the women will speak (all three of them) with the men responding (all three of them). It was confusing and complicated and a bit overwrought emotionally, I thought. Hard to follow and hard to crack the notion that we were right in the middle of a production. The artifice was very apparent, in other words (one thing I love about good theatre is that ability to just forget that you're seeing a theatre piece). That said, it made me think about how vital the actor is in portraying a role. Whereas in the first act, the different actors meant a different kind of relationship each time, in the second act, you could really see how each actor put their own individual stamp on the part in a really immediate way (the way each one performed the lines, right after one another). It was also here that I felt that it was becoming overly long (the entire piece is 3 1/2 hours long!).

It's the first production I've seen at NYTW though I've heard other friends talk about this company before. I'd definitely recommend them to anyone who happens to be in New York for a few days. The acting was superb. I'm not a huge fan of Broadway, to be honest, and when I'm in New York, I am often struck with how bland and mainstream most of the crap is that Broadway. I don't care about famous actors: I just want to see a well-written show with good acting that's interesting. So I generally avoid Broadway and try to visit productions at these smaller off-Broadway companies (with varying quality). It's also the first work I've seen by stage director Van Hove.

Now I really want to revisit the Swedish television series while it's fresh in my mind. But with all the books I have to read, no time right now... 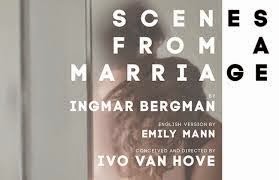