Comics artist Gene Luen Yang will be here in Montreal for Blue Met 2015 and on March 18 at 7pm, there's a great opportunity to read some of his work with other fans or newbies. 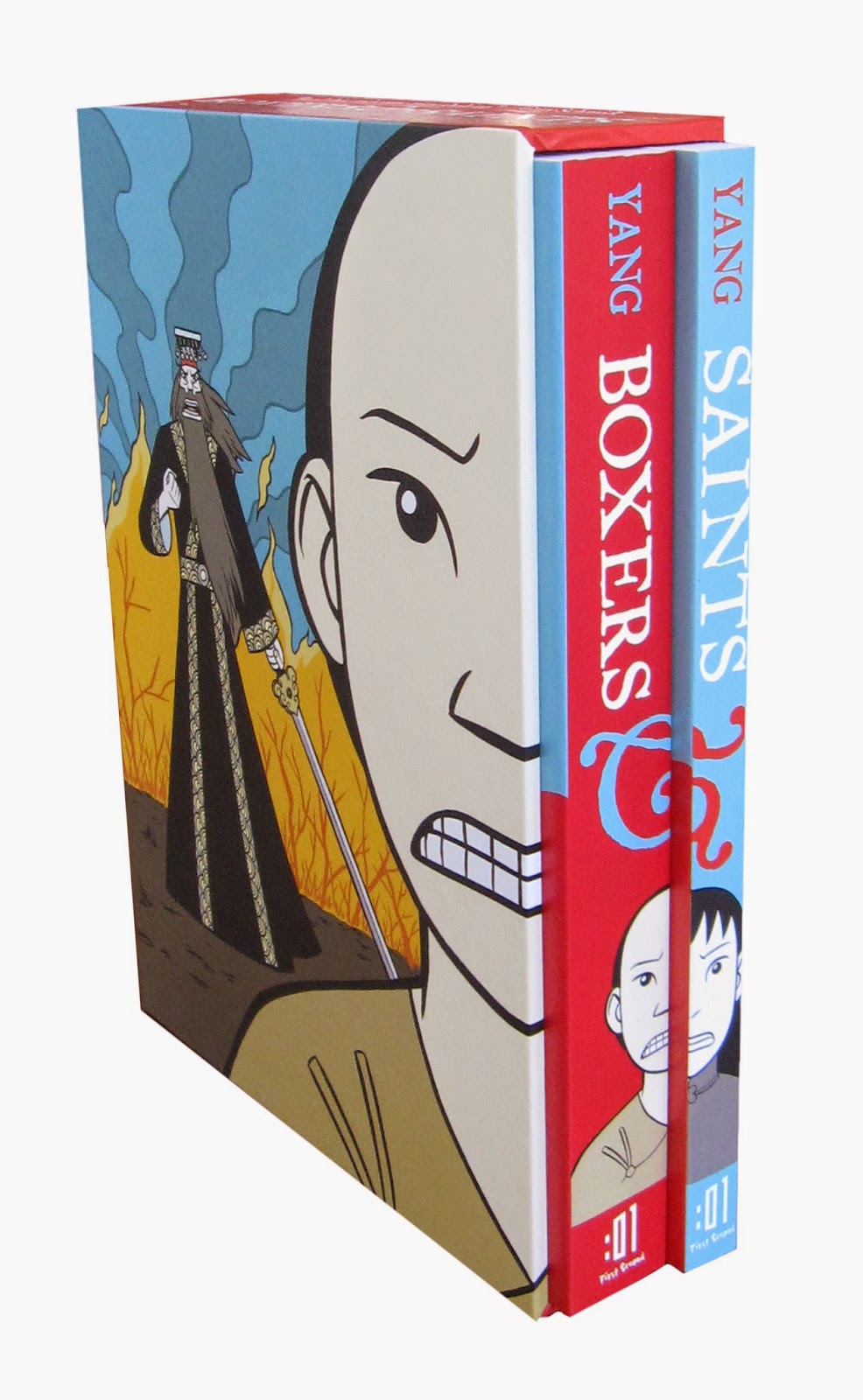 Librairie Drawn & Quarterly (211 Bernard Ouest in Mile End) will be doing a session of their very popular graphic novel book club with his work, Boxers & Saints. This is great news: whether you're a big fan of graphic novels/comics and want to be a part of one of the most revolutionary voices in the medium OR whether you're new to comics in its most contemporary iteration and want to become familiar with what kind of experience reading a comic/graphic novel is about, this book club is your chance.

The bookstore is offering a 20% discount on his work, Boxers & Saints, from now until March 18.

As the New York Times puts it:

Both volumes show how everyday humiliations by foreigners bred fear and hatred in the Chinese. But Yang also portrays the missionaries' tireless efforts to spread Christian learning and help orphaned children. Though many Chinese found Christianity threatening (and with good cause - it stirred up social conflicts that killed millions), the faith liberated and strengthened others, like the heroine of "Saints," a fatherless, outcast girl whose nocturnal visits from the spirit of Joan of Arc help her imagine herself a Christian warrior.

Get the book (again, if you buy it at the Librairie Drawn & Quarterly, you'll receive 20% off!), then attend the session, then have your chance to meet Yang in person at Blue Met 2015: Yang will be in Montreal for events on Friday, April 24 and Saturday, April 25.

Drawn & Quarterly's book club session is scheduled for March 18 at 7pm in their shop at 211 Bernard Ouest in Mile End. Refreshments will be served. 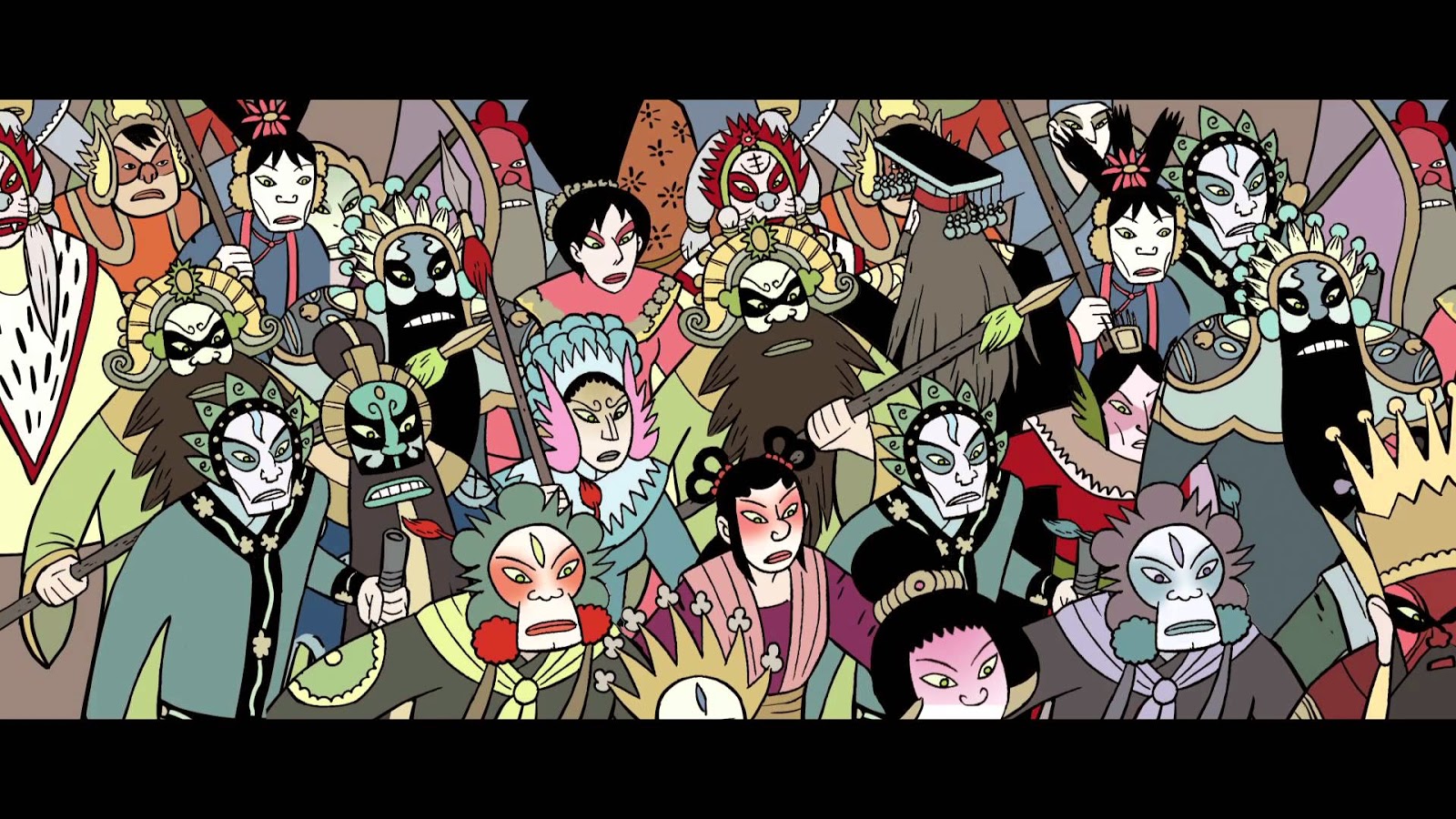 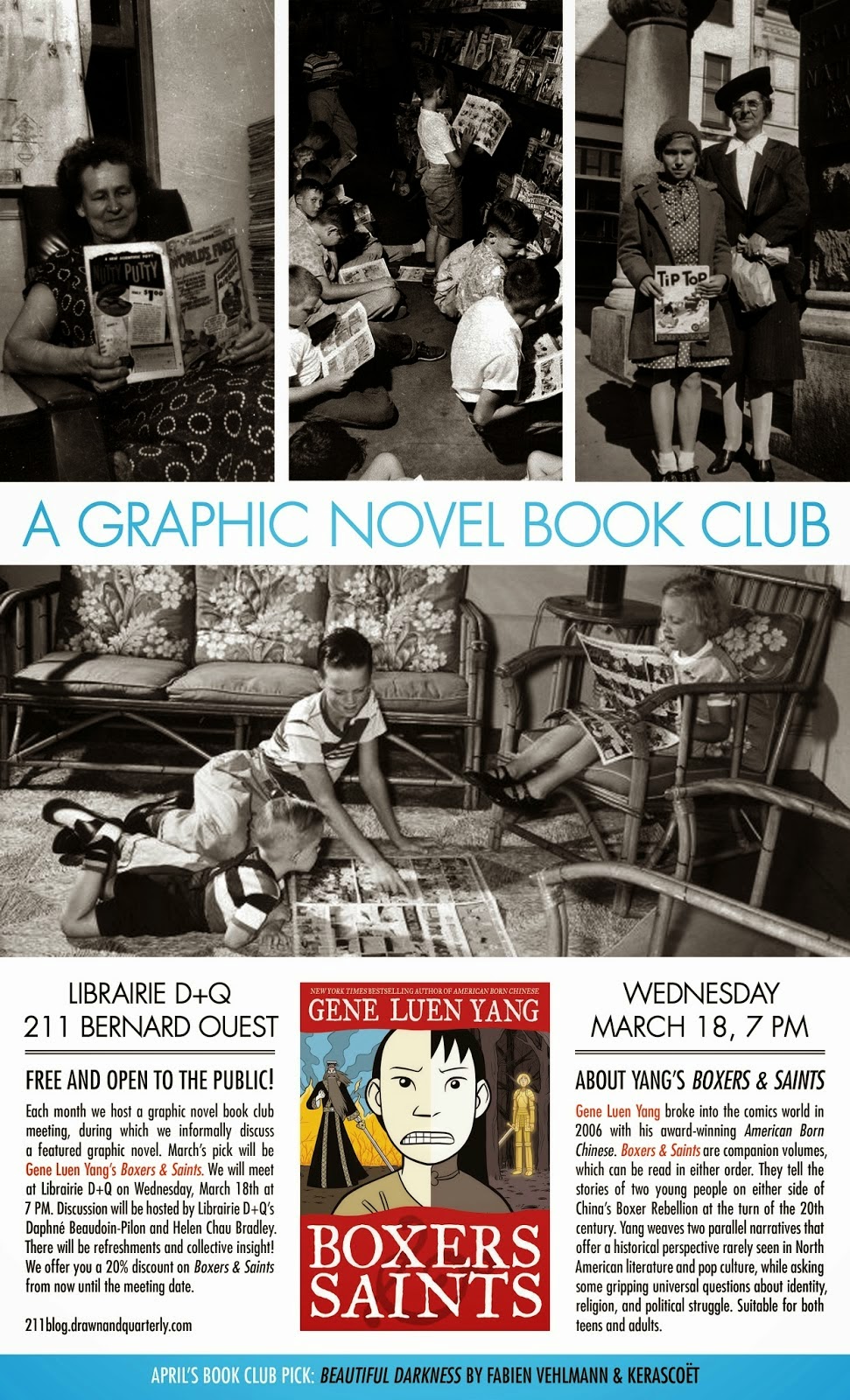