The busiest weeks of the year for us as we finalize our entire programme in order to send it away for printing. So, needless to say, every detail must be established.

As a result, working long days and for a change, very little reading is possible. 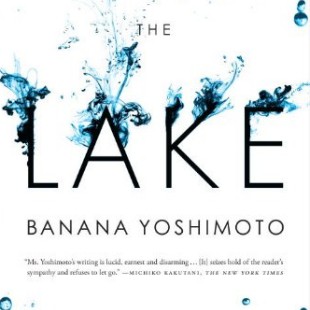 I did read Banana Yoshimoto's The Lake which I found interesting though I didn't love it. The found the vague connections between the metaphysical world (or what's hinted at there) unconvincing. So much of contemporary Japanese writing does this (its literary writing, I mean, since it's not found in Japanese detective novels or crime writing that I can see): presents an alternate universe in the fabric of the story whereby odd people are allowed to run free. It's easy to rely on stereotypes about Japan here (rigid, conformist, very little chance for release of day to day stresses) - though not all those stereotypes are untrue - when bringing some analysis to a book like The Lake. So I will leave it by saying that I enjoyed the work (a short novel one can easily read in an afternoon) but I didn't particularly love it. Like the other Yoshimoto novels I've read: the lessons are simultaneously too pat and too vague. I much prefer Hiromi Kawakami (she plays with the metaphysical but in a much more intelligent and convincing way) who is just a better writer in my view.

Also watching season 3 of Downton Abbey and though I liked the first episode of the season, the others haven't been that impressive. And that's too bad because I liked the earlier seasons. But now it's either bad soap opera plot or the characters are overly representative of a particular ideology (old Britain vs. young America, etc.) and aren't really that fleshed out. The Shirley MacLaine character is flat, predictable and has absolutely no complexity beyond the contrast she provides to the stilted, dying world of the British aristocracy. I'll continue watching it, but sharks appear to have jumped (I wasn't even that huge a fan of the second season though the first season was really excellent).

And both Matthew Crawley and Mr Bates are irritatingly smug in their principled martyrdom. Meh. No one is that self-sacrificing, sorry. Julian Fellows sure doesn't have any sense of moral complexity though it's perhaps more a reality of TV storytelling than his specific approach.