I've been a little surprised at the reaction to the Man Booker Prize International Prize nominations. This happens almost every year with the Nobel Prize in Literature and it annoys me then, too.

When people assert that writers whose names are not household names are "obscure" it really irritates me because it's such a pejorative term. Should we only choose "famous" writers? Does fame somehow equal "good" nowadays?

Anyway, I wouldn't even say that the writers are obscure. Of course, it's my business so I have heard about most of them but do these people really consider Lydia Davis obscure? Peter Stamm? Yan Lianke? Victor Sorokin? Come on, I would figure anyone whose job it is to KNOW international literature would know these writers. Yes, there are names on that list that are lesser known but what a great opportunity to get introduced to a new writer! 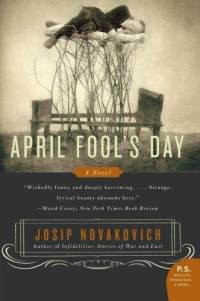 Most writerly people in Montreal know writer Josip Novakovich, a real powerhouse. When he first came to Blue Met a number of years ago (for his excellent book April Fool's Day, the only book I bought that year at the Festival), long before I was ever associated with the Festival, I was intrigued with his story and background. And later with his writing. It's still on my shelf as one of the books I like to re-read every now and then (I actually like April Fool's Day better than several of Aleksandar Hemon's books, another writer I greatly admire). It's true, though, that he's not a huge name, even in Canada. But why not celebrate the idea of having the chance to read a new writer instead of revelling in how X person doesn't know him (this article is what irritated me on the topic though I read several that expressed the same sentiment the last couple of days).

As for Marie NDiaye, the English translation of her book (the ironically titled Three Strong Women) was getting a fair amount of buzz a number of months ago. It presented a nuanced and complex look at life in modern France for an immigrant, no shocking, tragic stories of overcoming adversity, but three linked stories of modern women in modern Europe who are still connected in various ways to the "old country" but in uniquely modern ways. 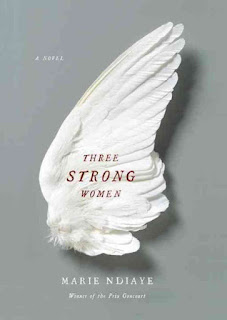 Israeli writer Aharon Applefeld has been on our radar for a couple of years. I haven't read his latest book (in translation) but he's not what one would call obscure either.

I guess my quibble is with the word obscure. There are obscure writers but the writers short-listed on this list, while not all famous, are hardly accurate definitions of obscure. And when journalists choose to slant their stories this way, it just says so much about how little people know about international fiction outside of the English-speaking world. (Of course, it's unreasonable to expect the average reader to know all these writers. But there is no excuse for "experts" in international writing to call these writers obscure.)

On a semi-related soapbox: I am thrilled with English-language presses (Open Letter, Biblioasis, Melville House, Dalkey Archive, Archipelago, among others) who do publish (and often specialize in) international authors precisely because it has opened doors to "the average reader" that were once closed. If only "average readers" would read one or two international writers each year, and one or two local writers each year, then read the usual stuff (big US or UK stars, crap, and genre writing), think how much more representative our publishing culture would be...