On Prolific Writers: from Joyce Carol Oates to Junot Díaz, from Colm Tóibín to Heather O'Neill

An interesting piece in The Millions, reflecting on a piece by Stephen King that defends prolific writers.

There is this tendency in the literary world to look askance at writers who produce too much. A young Quebec writer I know who only published his first novel a few years ago, is already publishing his fourth book. More than one person has remarked to me that he must not be that great of a writer if he can crank out four books in less than four years. (In all fairness his books aren't terribly long).

I recall people seeming a bit frazzled when they were talking about Oates that year, that she'd written so much, they didn't really know where to begin. Some people knew Blonde and some people knew The Falls. But people kept asking me "Where should I start?" with a slightly desperate lilt to the question. I think that people simply felt overwhelmed, that to be an Oates "expert," was a half a lifelong undertaking. 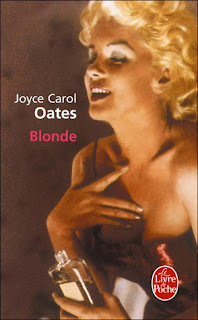 Keep in mind that at a literary Festival, there's always an implied heap of time and work beyond sitting for an hour listening to a writer. If you go to a concert, you might  return home, fire up Spotify and find the artist's album online to play while you roast your broccoli. If you see a movie, you walk out after two hours and are plunged back into the normalcy of your life. You might mention the film to a friend, you might think about it a little. But chances are, that's it. Dance, theatre are the same. But when you see a literary event, often the idea is that you will somehow find the writer's book or books and then read it (or them). So in a certain way, the literary event is simply the introduction to a whole host of time beyond the event. True, a number of people go to an event having already read a writer's work, but even then: if they were completely closed off to the possibility of re-reading or reading a new one, they probably wouldn't be there. Also, not every person attends a literary event with the plan to buy a book, but that's always the goal: of the producer, of the writer, of the publisher. An interesting event is one goal, but getting the public to buy the book is the main goal.

Oddly, I find that the writers who often do very well for us (sell out events, get lots of media attention) tend to be writers who've written 2-3 books maximum: Junot Díaz, Amitav Ghosh, Heather O'Neill, or who might only have a small number of books in translation (Carlo Lucarelli, Bernard Schlink, Olga Grjasnowa, etc.).  And I think it's partly due to the fact that this is what we often do at Blue Met: introduce new writers to our public. But I think it's often due to the fact that there is simply less of a time commitment implied.

That said, there are writers who have written many books that do well: Richard Ford, Colm Tóibín, Russell Banks, and others, but it's not exponential: if we can fill a room with 100 people who've written one book, it doesn't meant the author who's written 8 books will attract 800. Quite the contrary. And I can think of several authors who've written many books who can only attract a few dozen people maximum.

For any literary Festival, an author like Donna Tartt (The Goldfinch) would be a major draw: not only has she only written just a few books (three, to be exact), she doesn't do many public events. Win-win.
Posted by Gregory McCormick at 9/04/2015 07:10:00 AM